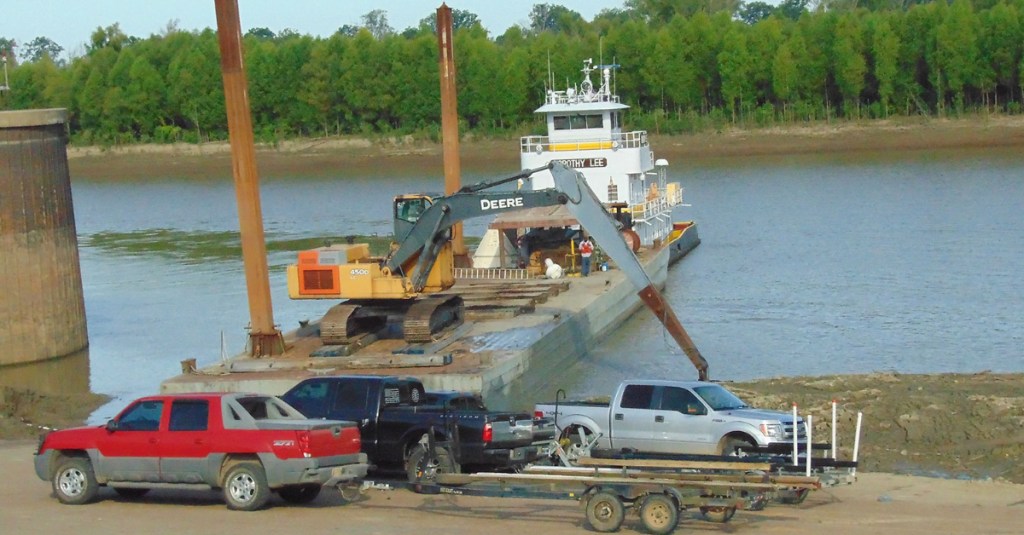 Vicksburg Public Works Director Garnet Van Norman said the city hired contractor J.O. Smith of Vicksburg to remove the soil, which builds up along the bank during flooding and high water periods.

“We do this every year after the river goes down,” he said.

The track hoe doing the work along the bank was situated on a barge pushed by the Ergon Marine tug Dorothy Lee, which had the barge situated against the riverbank. A city dump truck was located nearby to take dirt removed from the bank.