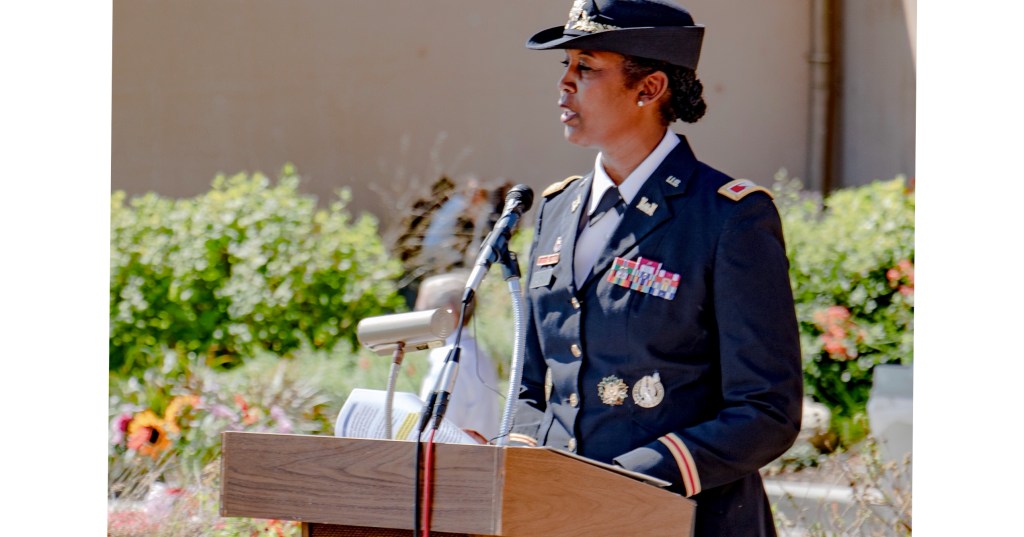 SAUSALITO, Calif. — Colonel Antoinette “Toni” Gant, a native of Port Gibson, Miss., assumed command of the US Army Corps of Engineers South Pacific Division from Brigadier General Paul Owen in a ceremony at the Bay Model Visitor Center in Sausalito, Calif., on July 9, 2021. She is the first African American female to ever serve at this level in the history of the U.S. Army Corps of Engineers.

As commander of South Pacific Division, Gant oversees water resources, military construction, environmental stewardship and restoration and emergency management with a workforce of 2,500 civilians and military personnel in five districts across the 10 states.

“It is an incredible honor and a tremendous privilege for me to assume command as the Division Commander,” Gant said during the ceremony. “My vision is quite simple. We will continue to invest in our people as we deliver our program by revolutionizing our processes while discovering the endless possibilities that we, the South Pacific Division, have to offer.”

Presiding over the change of command was Lt. Gen. Scott Spellmon, 55th Chief of Engineers and Commanding General of the U.S. Army Corps of Engineers Headquarters. In conjunction with the Change of Command ceremony, Spellmon conducted a retirement ceremony for Owen, who served 31 years of active duty in the U.S. Army.

Gant has lived in 11 states and two countries serving in an array of positions. She has deployed in support of Operation Iraqi Freedom, Operation Enduring Freedom, and in 2016, Operation Freedom’s Sentinel serving as the engineer for the Resolute Support and OFS headquarters, a four-star coalition headquarters in Kabul, Afghanistan.

Gant is the daughter of Senator Albert Butler and Dr. Malinda Butler of Port Gibson, Miss. She and her husband of 26 years, Mr. Leonard Gant, have two children: daughter Lauryn and son Leonard II.