Flaggs will not require city employees to get COVID-19 vaccine 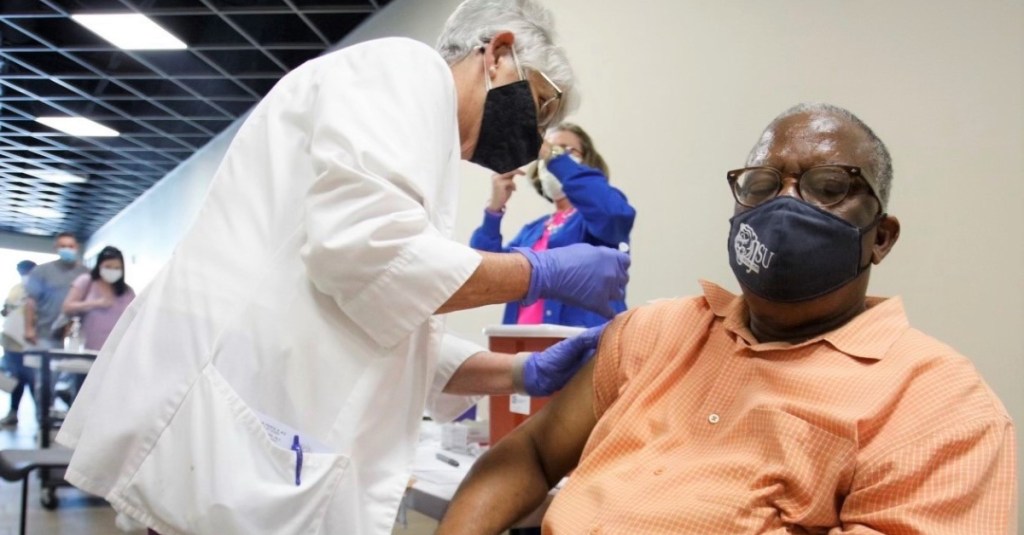 Vicksburg Mayor George Flaggs Jr. said Monday he will not require city employees to get the COVID-19 vaccine.

“I have no intention of mandating that city employees get the vaccine,” Flaggs said at Monday’s meeting of the Board of Mayor and Aldermen. “I believe that when you get into vaccines that ought to be a personal decision and not a government decision.”

His comments came moments after city safety director Steve Williams said 19 city employees have contracted the virus and eight of those had been vaccinated. The vaccinated employees who had the virus, he said, had mild symptoms.

“We are running, in some of our departments, we’re above 70 percent vaccinated,” Williams said. “The majority of people being infected are not vaccinated.”

Flaggs, who tested positive for COVID-19 Aug. 2 and received his vaccination Aug. 13, urged people to get the vaccine during his opening comments at the start of the board meeting.

“I encourage you, if you have not, to be vaccinated; it is very important,” Flaggs, who received his vaccination Aug. 13. “I think it’s very important that you do it.”

The mayor said he may extend the mask mandates past their expiration dates “because I think they’re working; they’re minimizing (the spread of the virus).

“We want to encourage people to wear their masks under the civil emergency order,” he said. “What I don’t want to do is get into harassing people over something they ought to be responsible for doing themselves — taking responsibility for their own health and welfare.”

Flaggs on Aug. 4 imposed a 14-day mask mandate for city employees requiring them to wear masks inside city buildings if they are unable to social distance. He issued a similar mandate for city residents on Aug. 11. That mandate expires Aug. 26.