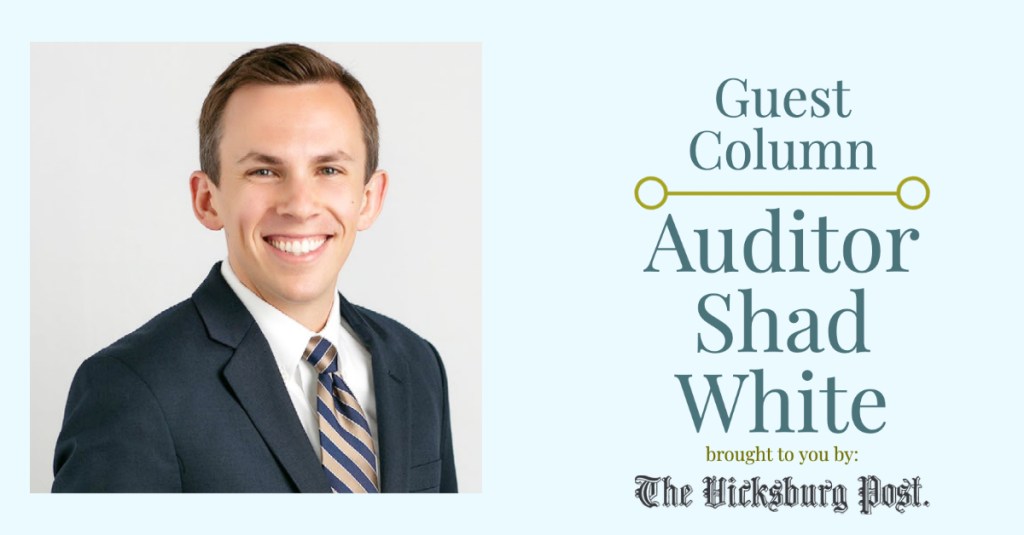 On paper, former Gov. Ray Mabus and I have a lot in common. We both grew up in small towns, both went to the University of Mississippi followed by Harvard Law School, both served in the military, and both of us have been State Auditor. But his recent attack on me shows somewhere along the way, he abandoned common sense, and I didn’t.

A little background: Not long ago, Jackson’s mayor said the state had not provided enough social services to address the root causes of poverty and the resulting crime in the capital city. I then argued that, if we wanted to address the root causes of poverty, community leaders should do three things. They should encourage every child to 1) finish high school, 2) get a full-time job and 3) wait until age 21 before getting married and having children.

This is backed by research from the Brookings Institution. Dr. Ron Haskins, a Ph.D. of Developmental Psychology at Brookings, said, “Our research shows that of American adults who followed these three simple rules, only about 2 percent are in poverty and nearly 75 percent have joined the middle class (defined as earning around $55,000 or more per year).”

It should be noted that Brookings is no right-wing institution. It’s considered a left-leaning think tank. Haskins, who conducted the research, wrote a book praising the Obama administration for their social policy.

But when I cited his research, Mabus said, “[You] could have said ‘at least be born white and we’ll to do’ (sic).” He was applauded by a chorus of woke keyboard warriors on social media.

For those keeping score at home, he’s implying I’m a racist. This will come as a shock to my biracial family, but that aside, his incendiary comment is noteworthy because of its more casual bigotry. It suggests that only white kids could make the choice to not have sex before 21 or the choice to finish high school. To suggest that kids of any color do not have the capacity to make these decisions is condescending. Others have labeled this kind of thinking the “soft bigotry of low expectations.”

I’m not sure why one would bring race into a conversation like this at all. Every child, regardless of who they are, needs to hear this message. To quote Haskins again, “Let politicians, schoolteachers and administrators, community leaders, ministers and parents drill into children the message that in a free society, they enter adulthood with [these] three major responsibilities . . .” When he says “children,” he means all children.

Everyone knows finishing high school or obtaining a full-time job will be harder for some than others.

I grew up in a rural area of Mississippi and went to public schools. I remember one of my friends in elementary school — I’ll call him John — always ate breakfast at school so fast that it alarmed me. When I asked my mom why he ate so fast, she said that John probably had his only two meals of the day at school.

I know finishing high school was harder for John than it was for me. I was not rich — my dad was an oilfield pumper and my mom a teacher — but I had two loving parents and never went hungry. None of this changes the fact that public officials and leaders should be pounding the message to stay in school, aim to get a job and wait until 21 before having kids into Mississippi’s children at every turn. This message could be a key ingredient for lifting people out of poverty and moving us out of 50th.

It used to be common sense for preachers, leaders and parents to tell their children to make good decisions. Today, though, if you dare describe those good decisions out loud, the hordes come to kill the messenger.

Most of the people attacking the messenger are talking out of both sides of their mouths. Dr. Arthur Brooks at the Harvard Kennedy School rightly has said, “It is shameful that our self-styled elites are so afraid to preach the very secrets to success they so readily practice in their own lives.” Moreover, “Creating a separate set of moral standards according to socioeconomic status is not an act of mercy. It is a crime against the poor.”

In the minds of some people, only privileged white kids have agency. I refuse to accept this.

I am happy to be the one to continue to carry the message about good choices, even if I’m attacked, if it helps break the back of endemic poverty. I believe many will listen and change their destinies. I saw what happened among my public school classmates when a mentor encouraged good decisions. I’ve seen the effects of bad choices, too. Imagine what good could have come if Mabus had spent his four years in office as governor spreading this message.

Shad White is the Mississippi State Auditor. This opinion piece was originally published in the Northeast Mississippi Daily Journal.