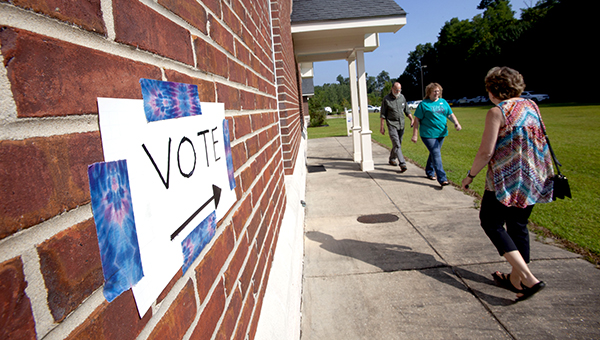 The Warren County Board of Supervisors approved Monday the purchase of new voting machines provided by VotingWorks, a non-partisan non-profit organization that builds open-source voting technology.

The county received proposals and bids from all three voting system vendors in Mississippi: Election Systems &  Software, Hart InterCivic and VotingWorks. VotingWorks provided the lowest bid with an expected total cost of ownership savings of 50 percent compared to other vendors.

After reviewing proposals, the Warren County Circuit Clerk and Election Commission unanimously decided to recommend VotingWorks to the Board of Supervisors.

The recommendation follows Warren County’s successful pilot of VotingWorks for absentee voting during the 2020 Presidential Election.

“We’ve been very pleased with the simplicity and service that we have received from Voting Works. It’s made the whole process smoother and easier,” said Sara Dionne, Chair of the Election Commission.

In light of national concerns about voting system security, Warren County also chose VotingWorks because it is the only system built entirely with open-source software that is publicly available for review.

“The county sees this as an important measure to instill voter confidence that all votes are counted privately and accurately,” a news release from the county said.

The new voting system replaces Warren County’s aging direct-recording electronic voting machines with paper ballots for all voters. At the polling place, voters will mark their paper ballot by hand or by using an accessible ballot marking device, and cast their ballot using an optical scanner. The county plans to implement the system for the June 2022 primary election.