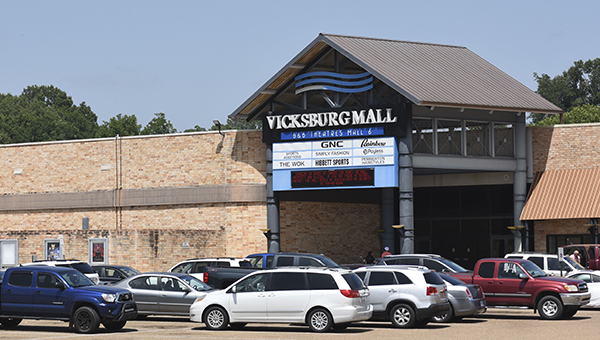 The Vicksburg Mall is welcoming new stores within its walls as it is under new ownership and retail starts to revive itself from lockdowns.

The mall was taken under new ownership on June 11 by Kohan, a retail investment group out of New York. Jerry Chambers, manager of the mall, said this change has allowed for new opportunities for the retail center. Chambers said the new ownership has played a huge role in the stores that are now choosing to take up a storefront at the mall.

“Kohan has 27 malls across the country and even some high-end hotels in the New York area,” Chambers said. “They have a lot of negotiation power with some of the national vendors. That will definitely bring some new interest into the mall.”

Recently, new businesses have been added to the mall, including Lovey’s Seafood and Grill and two vending machines. The first vending machine is for Georgia Pine Apparel, an eyelash company. The second, selling natural hair extensions and wigs, is Will with the Bundles, LLC. Additionally, the mall is in negotiations with a national women’s clothing store chain.

“I can’t give out the name at this point because we are in negotiations with them,” Chambers said. “They are a national chain and interested in coming here.”

Chambers said businesses that are not new to the mall are beginning to come back to life again as well. He said Dillard’s always has outstanding sales each week. Belk and Hobby Lobby are also continuing to do well, as well as the movie theater and bowling alley, both of which have reopened and returned to a normal sales pattern.

“The (sales) numbers are going back up, but it’s a gradual thing,” Chambers said. “You are going to have some pushback due to the uncertainty with COVID, especially with the Delta variant out there. People are a little bit leery about coming out.”

In addition to new stores, Chambers said the mall is working to make other changes that will help benefit the shopping experience. Security has been increased, and both security and custodial services are now directly controlled by the mall and its ownership instead of being subcontracted. Repairs are also being done to the building. He said Vicksburg can expect to see more new stores at the mall soon.

“We are gradually working on things to make the mall a better experience and a safer experience for everybody out here,” Chambers said. “It is exciting to see there is a surge to bring people out to the malls and to get involved.”