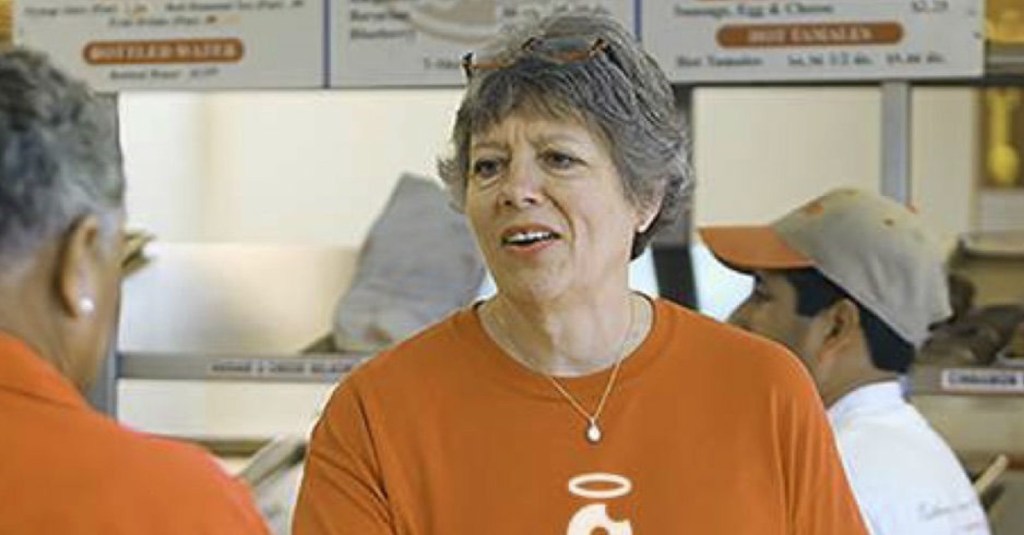 Wednesday morning, the friends and family of Becky Yelverton will gather at Crossway Church on U.S. 61 South to remember her and celebrate her life as a businesswoman, friend, mother and a person who loved her community and the Lord.

Becky Yelverton, 66, who owned and operated Divine Donuts, the family-owned donut business her father began in 1959 as Shipley Donuts, died Saturday in Jackson. Services are 10 a.m. Wednesday at Crossway Church.

“She was a very dear friend; I loved her,” said Norma Massey, owner of Frederick’s Boutique. “We go way back to when she was shopping for her kids and grandkids. We got to be friends when she first moved here. She’s just been an angel; a sweet person. I knew her when she was married to her first husband and she lost him, which was so sad.

“I admired her so much for her strength and strong faith. She was one who gave freely.

“All of her kids, I’ve gotten to know them through the business and their kids. It’s a heart-breaking situation.”

Barbara Willingham said Yelverton “was a wonderful person. It was a great loss. She did a lot of stuff for a lot of people.”

Willingham said she met Yelverton at Wyatt’s Gym before Yelverton married her second husband, Mark Yelverton, who was also a friend.

According to the company’s website, Yelverton assumed the operations of the business, which was then a Shipley Donuts franchise on Clay Street, in 1979 with her two children and her husband.

“My oldest brother and me would have to go into work with them at the time because you could not find a babysitter at 4 a.m. in the morning,” said Yelverton’s daughter Kelli Campbell. “We got to spend a lot of time at the donut shop and with her.

“We didn’t know a lot of difference — that was the every morning routine. Donuts for breakfast every day.”

Later, she said, as they got older, the children would have specific jobs at the shop, like wiping down tables for a quarter or putting trays up from people who ate in the store. They later moved to more familiar positions like cashier.

“It was just being able to work alongside family and brothers,” she said.

The business blossomed and opened two more locations, the first on Halls Ferry Road and then on U.S. 61 North.

And there were some changes.

In 1995, the store began closing on Sundays. In an interview for Vicksburg Living Magazine, Yelverton said she felt the Lord dealing with her. She felt like she needed to be closed Sundays and talked to her husband about it. Then she mailed all the local churches a letter asking for prayer. The response was overwhelming and the store was closed on Sundays.

“The Lord’s been good to me and blessed me tremendously,” Yelverton said.

In 2016, Yelverton discontinued the relationship with Shipley’s.

“I have just seen God’s hand all through this. I know this is his plan for us,” she said at the time. “It wasn’t a place we ever thought about going. We would have lived and died at Shipley’s, but He’s taken us down a new path.”

Campbell said her mother “was one of the most hard-working, selfless people; just joyful vibrant. She had this glow about her and it radiated. You just had an encounter after you met her. She loved the community, she loved her customers, but above all that, she loved Jesus and she loved the opportunity to be able to be His hands and feet.”

Campbell recalled times when Yelverton would ask a customer if she could pray for them “and would on the spot. Then when they came back she was checking up on things. She wanted a report because she was continually praying for them. She was genuinely concerned.”

Yelverton was known for working behind the scenes with different organizations.

“I’m still learning of some things,” Campbell said. “Random places she had gone and come in contact with people that she would generously give a donation.

“There were opportunities where she would go and purchase gifts or items or school supplies and take them to individuals, their families, food. It was just her heart to be able to help and serve others.”

And that included employees, Campbell said, adding her mother “was so thankful and grateful for people who worked for us, establishing those relationships, praying for those individuals, ministering to them in different ways, whether financially or …  I remember her giving her jacket to an individual who had just started working for us and didn’t have one.”

Yelverton was involved with the Center for Pregnancy Choices, different veterans events, activities at nursing homes and Operation Christmas Child, which helps children in other countries.

“It was a motivational ministry that really just captured her heart, mostly because there’s a gospel tract in there and she knows that God is at work in there.”

Yelverton is survived by her husband, Mark Yelverton; four children, Ryan (Cristina) Curry of Tupelo, Kelli (Brad) Campbell, Brett (Maria) Curry and Aaron (Elyce) Curry, all of Vicksburg, and seven grandchildren. The family asks that donations be made to Operation Christmas Child at Bovina Baptist Church.