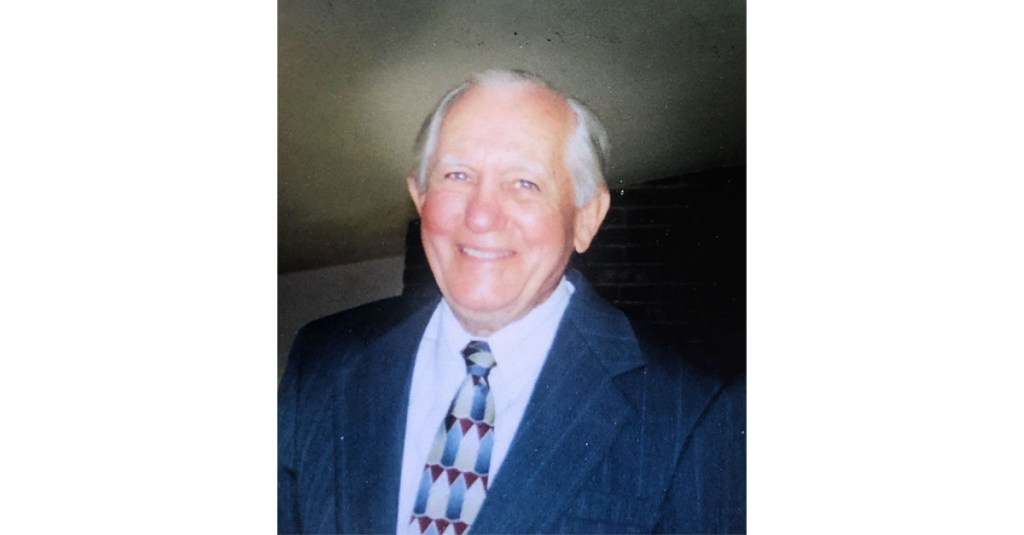 Paschal “Pat” Leon Thomas, age 94 of Murfreesboro, Tenn., died Monday, Aug. 23. He was a native of Vicksburg and was preceded in death by his wife of 68 years, Mable Lilly Thomas, and his parents, Howard and Louise Daniel Thomas.

Thomas was a member of Calvary Baptist Church while living in Murfreesboro, and, before moving to Tennessee, he and Mable were members of churches in  Eagle Lake, Tupelo and Raymond in Mississippi. He had previously been a long-time member of First Baptist Church, Vicksburg and served as a deacon and worked with the AV ministry. He and his wife served God tirelessly as a couple and helped to establish two churches in Mississippi and one in Las Vegas, Nev. Pat Thomas also volunteered at Journey Home ministry in Murfreesboro where he helped serve breakfast. In his retirement, Pat worked with World Changers, an outreach of the Mississippi Baptist Convention. With World Changers, he led groups of young people in the repair of houses for owners who could not make the repairs themselves. He also served as a Bible teacher to death-row inmates at Mississippi’s Parchman Penitentiary. He greatly enjoyed all of his ministry work and continued in ministry into his 90s.

Thomas worked for 40 years for the U.S. Army Corps of Engineers in Vicksburg. At the beginning of his service with the Corps, he worked on the Mississippi River as part of the Sinking Unit. Ultimately, he completed his career as the Procurement Chief for the Vicksburg District. During his 40 years of service with the Corps of Engineers, Thomas was awarded the highest recognition for service by a civilian to the Corps. Upon retirement, he worked with the Delta Regional Procurement Center in Greenville, Mississippi, helping small businesses bid on government contracts.

He is survived by his daughters, Paula Thomas Palermo and husband Vince of Nolensville, Tenn.; Jan Thomas Gregory and husband Mark of North Carolina; and Mary Ellen Thomas Powell and husband Jeff of Georgia.  He saw those daughters grow up and had the patience to teach them how to drive — quite a feat. He walked each one of them down the aisle and held and played with each of his seven grandchildren. To his seven grandchildren and 12 great-grandchildren, he was known as “GeeGee,” and he will be dearly missed.

Thomas lived an extraordinary life. He loved his family and served others wholeheartedly. His faith in Christ was the foundation of who he was. He gave love and support unsparingly to his family, friends and those in need. Throughout his life, he faced many challenges but overcame each one that arose and set an example to the family generations that have and will come after him of a life well-lived.

A celebration of life service will be 11 a.m. Saturday, Aug. 28, at Calvary Baptist Church in Murfreesboro (www.woodfinchapel.com).

In lieu of flowers, a donation may be made to Journey Home ministry in Murfreesboro or to the Calvary Baptist Church Murfreesboro building fund.