Manchester too much for Porter’s Chapel; Tallulah cruises past Franklin 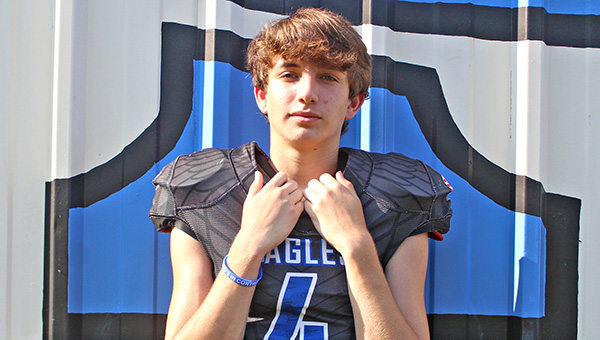 Porter's Chapel Academy quarterback Jace Riggs ran for 127 yards and a touchdown, and threw for 122 yards and two scores in a 40-34 loss to Manchester Academy on Friday.

Porter’s Chapel Academy took its shot at the champ Friday night, and found out why they have the title.

Manchester Academy scored 34 points in the first half, and then held off a late rally by PCA to beat the Eagles 40-34. Manchester, the two-time defending MAIS Class 2A champion, won its 26th consecutive game.

“I thought we played well. They were a good football team and we knew that going in,” PCA coach Blake Purvis said. “We played hard and got an onside kick and scored again, but we just ran out of time.”

Manchester (2-0) jumped out to a quick 14-0 lead. PCA fought back, but trailed 34-16 at halftime and was down 18 points midway through the fourth quarter.

Jace Riggs threw a 21-yard touchdown pass to Willie Rogers and a 9-yarder to Tyler Washington with 1:16 left to cut it to 40-34. Manchester recovered an onside kick, however, and was able to run out the clock.

“We rebounded and played well in the second half. We bounced back and came up short. We made some good halftime adjustments and stayed in the game,” Purvis said. “We played a great second half. Just dug ourselves a hole early.”

Riggs finished with 127 rushing yards and a touchdown for PCA (1-1), and threw for 122 yards and two TDs.
Rogers also had a big night, with 122 combined rushing and receiving yards and three total touchdowns. He added seven tackles on defense.

PCA will play its home opener next Friday at 7 p.m. against Discovery Christian.

Wyatt Bedgood also scored a rushing touchdown for the Trojans, who bounced back from a season-opening loss to Briarfield Academy. Tallulah scored all of its points in the first half.

“I was very proud of our execution. That killed us last week, and we did very well tonight,” Tallulah coach Bart Wood said.

Tallulah will host Riverdale Academy next Friday at 7 p.m.