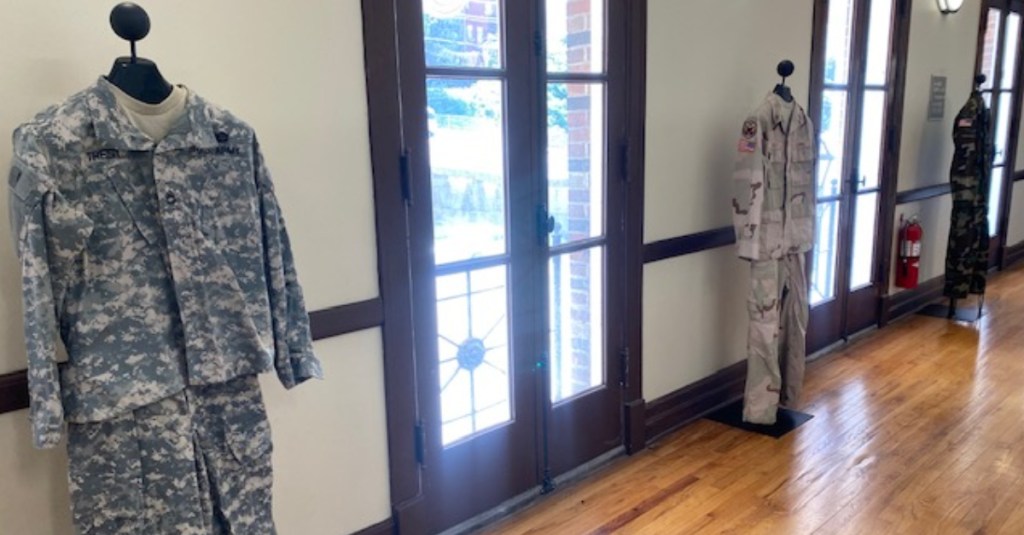 The beginning stages of the Old Depot Museum's expansion into the second-floor office space. (Photo by Olivia Mars)

The Old Depot Museum will be making some changes and adding new exhibits in the coming months to add to its educational purposes.

For starters, the ship model collection will be categorized and moved into a room upstairs, along with uniforms from the Army, Navy and Marines dating from World War I to the present day. He is also looking to purchase an additional projector to show films upstairs.

Benway said he is adding trucks to one of the upstairs rooms from the collection of Yesterday’s Children Antique Doll and Toy Museum, which closed several years ago following the deaths of the museum owners Michael and Carolyn Bakarich. The museum’s belongings were auctioned, and Benway bought most of the Tonka Truck collection.

“I’m reconditioning a lot of them, but they will be on display,” Benway said. “I didn’t want them to leave [Vicksburg] because they’ve been on display in the city for years and years. I wanted to keep that going as much as I could.”

The upstairs additions aren’t the only new items to soon be on display. Benway said he has plans in the works to display the original Vicksburg Trolley and one of the first fire wagons for the fire department in Vicksburg. He will either create an enclosure or a roof panel for the pair, which will be located on the north side of the building.

“Both are coming soon, but in the future,” Benway said.

He plans to do this while also adding to the railroads on the first floor. Currently, he has five railroad displays but wants to make another one. However, he said even the five that are on display now will never be complete, as they can always be expanded.

“Our vision is to have the first floor, which is the old baggage room, all trains and sights and sounds because it is an old railway station,” Benway said. “We will attempt to fill that room up and it will take some time because we are financed by donations and grants so it takes a while to accumulate that kind of money.”

Benway said he hopes to accomplish most of his expansion plans within the next three to six months, but said it can take time because the museum operates as a nonprofit. The museum relies largely on donations to accomplish its plans, but he said he does believe the museum will be ready to share its expansion with visitors within that three-month timeframe.

“(The expansion) should add to the history of Vicksburg, along with the history of the river near Vicksburg,” Benway said. “We are an educational and historical-type entity so that’s what our fundamental function is to do, is to give that out.”