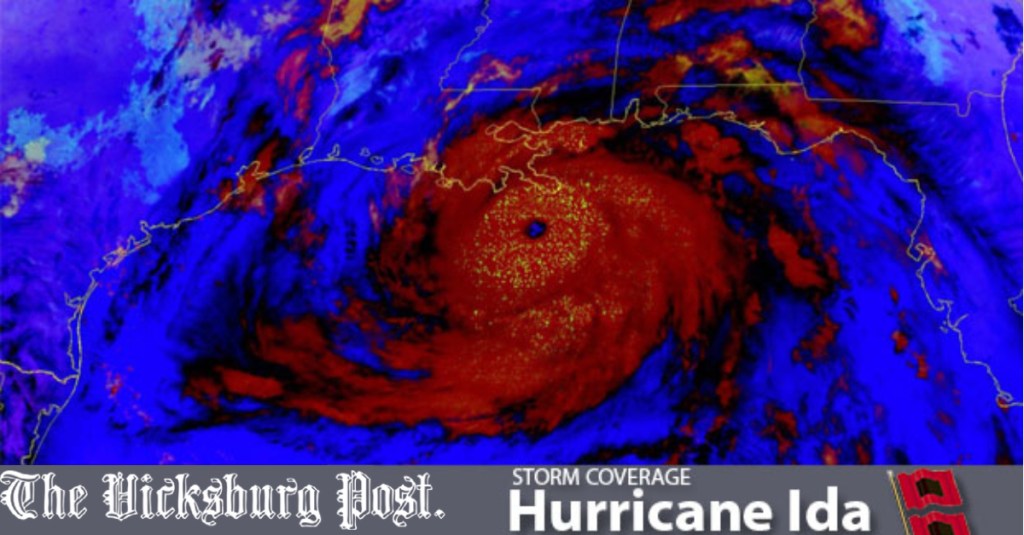 Warren County residents can expect winds of 30 to 40 mph with some higher gusts during the day as Ida passes east of the area, according to information from the National Weather Service Office in Jackson.

Meteorologist David Cox said Ida has been downgraded to a tropical storm with 40 mph winds. At 10 a.m., Ida’s center was located southeast of Vicksburg in the area of Jefferson, Copiah and Claiborne County and moving at 10 mph. It is expected to gradually weaken to a tropical depression.

So far, Cox said, Weather Service radar indicated Ida has dropped between one-half to three-quarters of an inch of rain in the county.

Vicksburg and Warren County survived the early hours of Ida Sunday night and early Monday with little damage. No state roads in the county are closed according to information from the Mississippi Department of Transportation.

Entergy customer service representative Shelia McKinnis said power has been restored to some areas of the county and the number of outages has been reduced from 1,806 customers to 1,103. She said outages remain scattered along Tucker Road, Mount Alban Road, Confederate Avenue and James E. Street.

“We have scouts in the area looking for problems,” she said.

Brendan Wilson, chief of interpretation, education and partnerships at the Vicksburg National Military Park said the park closed on Monday.

“Tuesday morning, the park staff will go into the park and assess the situation and a decision when to reopen will be based on that assessment,” he said. “We will provide updates and information on the park on its website and Facebook page.”