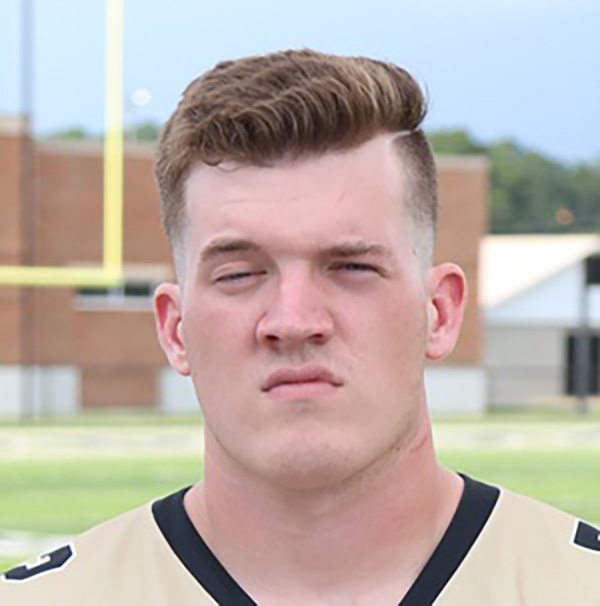 Earlier this year, Sam McMullin’s college football career was fading. By his own admission, he was an undersized walk-on offensive lineman trying to find his way in a system that was a bad fit.

The former St. Aloysius standout resolved to change his fortunes, however. He made a concerted effort to bulk up, and got a new lease on life with a new program. When the 2021 Mississippi Association of Community Colleges Conference season kicks off this week, he’ll be the starting right tackle for East Central Community College.

McMullin signed his scholarship papers with East Central last week, after transferring to the school from Jones College in the spring.

“It was a relief. I was a 205-pound walk-on junior college offensive lineman, and got to 275 (pounds) in seven or eight months. Getting another opportunity meant the world to me,” McMullin said.

McMullin originally went to Jones College as a walk-on in 2020, but said he “wasn’t a good fit for their scheme.” He left the program in the spring, and a couple of months later a coach from East Central called with an unexpected offer.

“I got a call from East Central in June and moved in over the summer,” he said. “I don’t know how they found out about me. I know some of our family friends might have made some calls, but I didn’t reach out to them.”

McMullin continued to bulk up during his college days. He weighed about 250 pounds his junior year at Warren Central, but lost interest in football and quit the team. He transferred to St. Al and decided to play again his senior year — he had 24 tackles and one sack in a partial season with the Flashes — but had lost nearly 50 pounds in between.

Getting back to a playing weight that would allow him to compete on the junior college level was a fun challenge, he said.

“You talk about eating a lot,” he said with a laugh. “I used to weigh 250 or so in high school, so it was muscle memory at that point.”

Now, heading into the 2021 season, McMullin has found himself atop East Central’s depth chart. He expects to start the season opener Thursday against perennial power East Mississippi — quite the turnaround after floundering through a freshman season in which he was struggling to find his way.