Vicksburg residents collect donations for those affected by Hurricane Ida 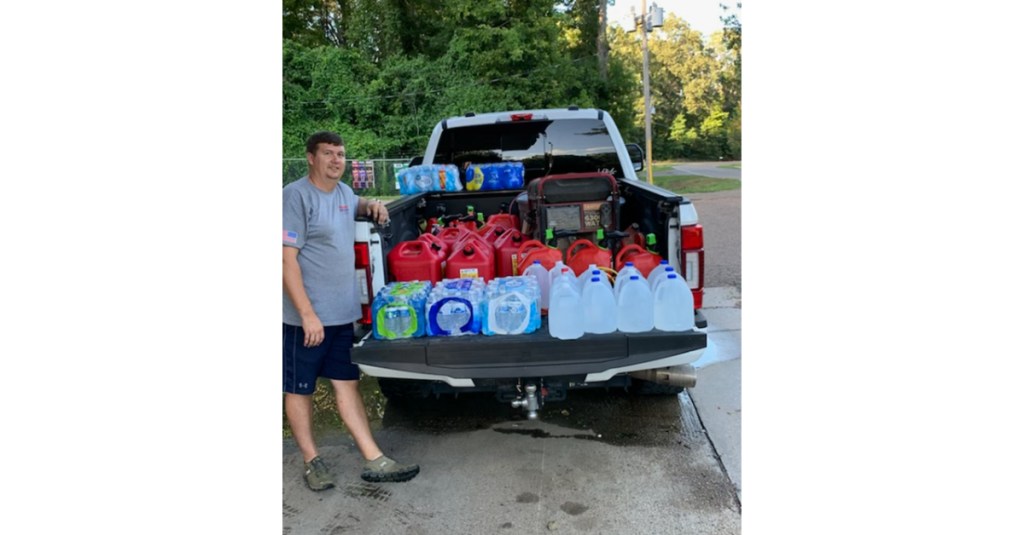 Loaded with essential supplies donated by members of the Vicksburg community, Allen Pugh set out on Tuesday to deliver the goods to those in Southeast Louisiana who were impacted by Hurricane Ida.

The Category 4 storm that tore through communities has left residents without power and, in some cases, without homes.

“It’s like a war zone down there,” Pugh said.

And he should know — the U.S. Army veteran was deployed to Iraq and Afghanistan.

While no one is being killed, Pugh said, the landscape, like that of war-torn countries, has been ravaged, in this case by Hurricane Ida.

Also, reminiscent of his time spent overseas, Pugh said, was the security.

Protective fencing has been erected to keep looters out of businesses and homes, pharmacies were being guarded on all sides by police and at the end of the day, officers would patrol communities, reminding residents of the 6 p.m. curfew.

Grand Isle had been completely cut off from the public, Pugh said, even to those like himself who had a fishing camp on the island.

Unfortunately, he said, it’s those with ill intentions that make everyone skittish.

“People are so scared. They think they are going to be scammed,” Pugh said.

Pugh had to sit a gas can down at a home and walk away, he said, before the homeowner was convinced he was merely there to help.

But once they realized he was on the up-and-up, he said, they thanked him profusely.

Gas is one of the most-needed items for those living in affected areas of Louisiana.

“It’s their lifeline,” Pugh said. They are using it to run generators. And with so many power grids destroyed, residents in communities without power do not know when it may return.

Cars are lined up at the gas stations, Pugh said. On his way back to Vicksburg Thursday, he said there were even lines of cars at gas stations as far north as Brookhaven.

Pugh will be making a second trip to Southeast Louisiana on Sunday. Anyone who would like to donate supplies can take them to Fire Station 8 by Home Depot or to Pugh’s place of business, Patriot Motorsports, 1029 Highway 61 North.

“You can’t miss it. It’s the building with the big American flag,” Pugh said.

In addition to Pugh, Christin and Charles Toney are also taking supplies down to those in need. Donations can also be left at Toney’s 61 North Liquor and Wine, 700 Highway 61 North.

Pugh said residents in the affected areas have plenty of water as of now. They also do not need clothing at this time.

When donating, he asked that donors be cognizant of items that one would need when they have no electricity.