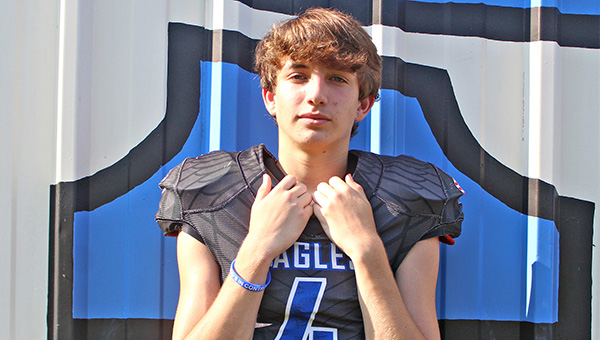 Porter’s Chapel Academy coach Blake Purvis bristled at the suggestion that last week’s 40-34 loss to Manchester Academy could be called a “good loss.” There’s no such thing, he says.

There are, however, positive things to take away from it.

PCA didn’t back down from the challenge of facing the two-time defending MAIS Class 2A champion, nor did it shrivel up after falling behind by 18 points in the fourth quarter. It didn’t add up to a victory, but it did show they can play with the best as they move on with the season.

“Any time you fight all the way, regardless of the circumstance, there’s something to take away from it, and I think we will. I thought the fight and the physicality we showed, and the attitude we showed — that we weren’t going to give up, that we were going to keep going at it — is a sign that we’re finally maybe turning the corner,” Purvis said. “This group is buying in to what we’re doing, and we’re starting to turn the corner and believe that we can win. Once we get over that hump and truly learn how to win, we’ll be an even better team.”

The Eagles are moving on from Manchester to a team with a far less distinguished pedigree. They’ll play their home opener Friday night against Discovery Christian (1-1), a first-year program based out of Florence.

Purvis didn’t have much of a scouting report on Discovery Christian — its win was a COVID forfeit in Week 1 — but they do have a common opponent in Kemper Academy. PCA beat Kemper 48-0 in its opener, and Discovery Christian lost to them 52-12 last week.

“Thankfully we’ve got them in Week 3 instead of Week 1. At least we do have one game of film on them to get a little bit of an idea,” Purvis said. “But it’s tough not knowing the kids and what they’ve done in the past, and what they’ve lost and returned. It makes it tough to know, personnel-wise, what you’re going up against. But the one game of film we got, I think we’ve got a good picture and ought to be able to put together a pretty good game plan.”

One of the big pieces in that plan will be Jace Riggs. The senior has had a big start to his second year as the Eagles’ starting quarterback, with 265 yards and four touchdown passes in the first two games. He also led the team in rushing against Manchester, with 127 yards and a touchdown on 20 carries.

Riggs had seven touchdown passes in all of 2020.

“He’s playing well right now. He’s spinning the ball great, as well as he has in two years for sure,” Purvis said. “He’s moving around, he’s buying himself time when he has to, he’s still keeping his eyes downfield and turning what could be some average plays into great plays and big plays. The work he’s put in is paying off on the field.”

Friday’s game begins what Purvis called a pivotal four-game stretch for PCA. The District 3-2A opener is next week at Claiborne Academy, and two home games against Ben’s Ford and Wilkinson County Christian follow.

All four appear to be winnable games, and successfully navigating them could determine whether the Eagles are in position the second half of the season to end a seven-year playoff drought.

“Obviously this week is important. It’s the next one. But then next week opening up district play on the road is huge,” Purvis said. “We have a very big stretch coming up where we need to stay healthy, we need to perform well, and come out of this thing on the right side, and I think the second half of this season could be really good.”