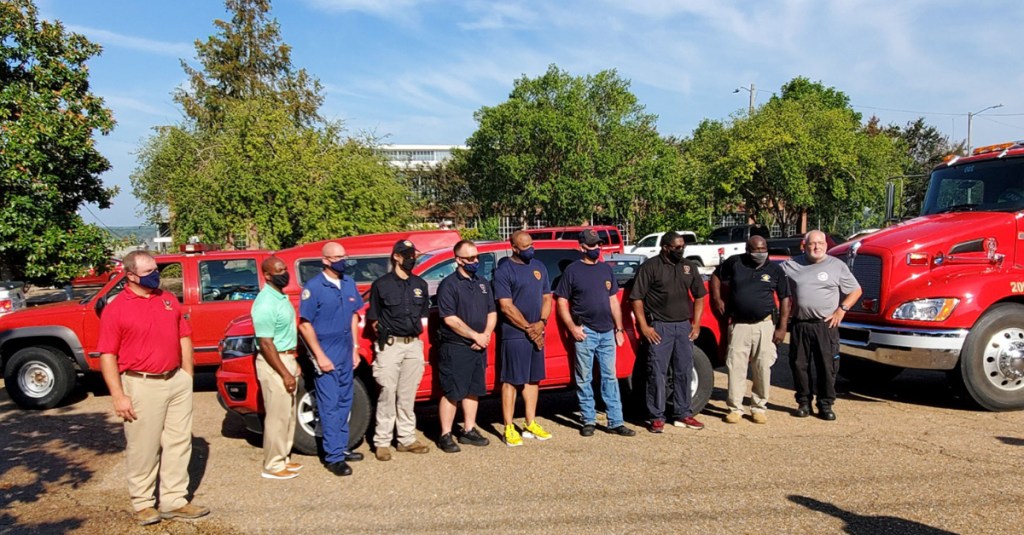 A team of firefighters from Warren County left the area on Friday to travel to South Louisiana to aid in Hurricane Ida relief efforts. (Photo by John Surratt | The Vicksburg Post)

Five Warren County firefighters left Vicksburg about 9 a.m. on Friday on a mission to relieve firefighters in South Louisiana as the area cleans up in the wake of Hurricane Ida.

The team arrived in Harvey, La., on Friday evening.

Vicksburg Fire Chief Craig Danczyk said the team will work in its assigned area for seven days before returning to Vicksburg. He said other firefighters have been selected for future deployments depending on the need by Louisiana.

State Insurance Commissioner Mike Chaney, who is also state fire marshal, said the Warren County team is one of 16 teams of Mississippi firefighters providing relief to South Louisiana firefighters so they can get rest and take care of their property.

Chaney said several teams, including a search and rescue team from the Mississippi Fire Academy, are already serving in several areas of Louisiana — Terrebonne Parish, the Grand Isle area and Chalmette.

Chaney said the fire academy team is able to deploy Federal Aviation Administration-certified drones for search and rescue. Each drone, he said, is operated by a certified operator.