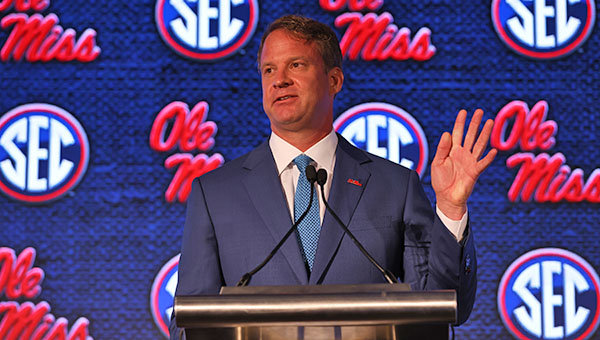 Kiffin announced the positive test on Saturday, two days ahead of the Rebels’ opener in Atlanta.

Kiffin, his staff and his players are all fully vaccinated. He said no other members of the team are expected to miss the game because of COVID-19. It was not announced who will serve as the Rebels’ head coach in Kiffin’s absence.

“I am grateful to be vaccinated and experiencing only mild symptoms,” Kiffin said in a statement released on Twitter. “So much so, I debated over being tested, but I’m relieved that I did.

“I’m proud of our program’s commitment to vaccination and as a result there are currently no other cases to report or team members expected to miss the game. We will continue to monitor our team closely and take responsible measures if any symptoms arise.”

Kiffin said earlier this month that there was a 100 percent vaccination rate among Ole Miss players, coaches and staff members. He touted that fact in an interview with ESPN’s College GameDay on Saturday, noting that a number of players — including starting quarterback Matt Corral — could have been forced out against Louisville as close contacts of Kiffin if they were not vaccinated.

Warren Central scratches out a victory over Vicksburg