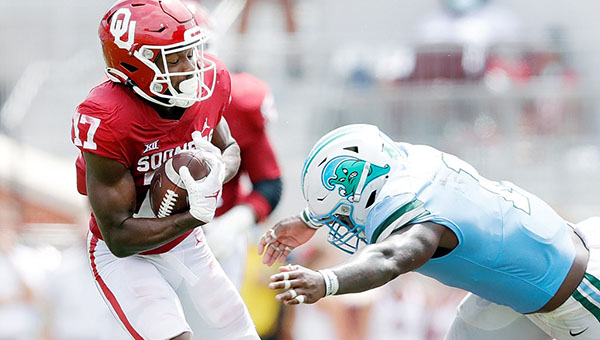 A weekly recap of performances by Vicksburg-area athletes in college football games played over the weekend.

• Alabama State defensive back Jeffrey Scott (Vicksburg) had one pass breakup in a 14-13 overtime victory against Miles College.

• Louisiana-Monroe defensive back Kevin Jones (Madison Parish) had one tackle in a 45-10 loss to Kentucky.

• Tulane linebacker Nick Anderson (Vicksburg) had a team-high eight tackles, including 1.5 tackles for loss, in a 40-35 loss to No. 2 Oklahoma.

• Southern University kicker Josh Griffin (Warren Central) kicked off twice and had one touchback in a 55-3 loss to Troy.