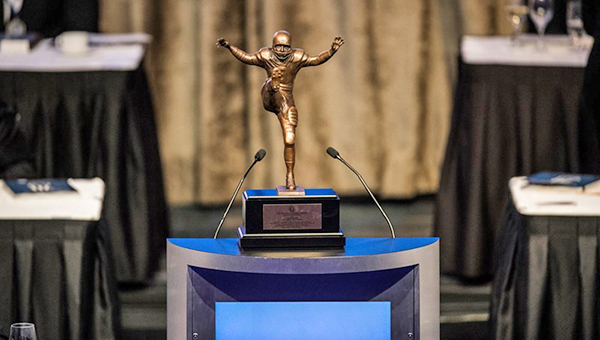 The William V. Campbell Trophy is given each year to the college football player with the best combination of academics, community service, and on-field performance. This year's nominees include Vicksburg natives Ben Brown (Ole Miss) and Nick Anderson (Tulane). (National Football Foundation)

The full start of the college football season this weekend also marks the beginning of the race for the Heisman Trophy.

For the next three months, the nation’s top players will see their stock rise and fall every week, strive to make signature plays, and have their performances dissected on talk shows for the six days in between each game.

The Heisman is college football’s most prestigious — and perhaps overhyped — award, and one of a couple dozen that will be handed out at season’s end. Trophies named for former greats will be awarded to the best at each position from kicker to quarterback, and there are already more “watch lists” identifying award candidates than the FBI has to screen airline passengers. 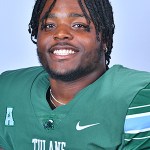 Among all of the awards, however, there is one that many fans are likely unfamiliar with but should be.
The William V. Campbell Trophy is often called “The Academic Heisman” and is given each year to the player with the best combination of academics, community service, and on-field performance.

Candidates must be a senior or graduate student in their final year of eligibility; have a grade point average of at least 3.2 on a 4.0 scale; and have demonstrated strong leadership and citizenship as well as outstanding football ability.

The Campbell Trophy honors the best of the best in college football, what the idea of a “student-athlete” truly is. Each football-playing school in the country — several hundred across all four NCAA divisions as well as the NAIA — gets to put up one nominee, ideally the one that best represents their program in all facets.

Throughout their careers, the two players have represented not only their universities but their hometowns very well. Both are honor students who are active in the community, as well as standout players. Brown has started 34 games in a row for the Rebels, and Anderson has played in every game in three seasons at Tulane. 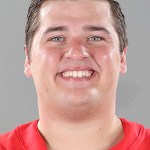 Brown and Anderson are part of a remarkable crop of football players who matriculated through Warren County in the 2010s. One of Brown’s former St. Al teammates, Drake Dorbeck, did plenty of charity work during his time at Southern Miss. Another, DeMichael Harris, has been a stand up citizen while carving out an NFL career with the Indianapolis Colts.

Yet another player from the past decade, Warren Central and Grambling linebacker De’Arius Christmas, was one of a dozen finalists for the Campbell Trophy in 2018. Christmas received an $18,000 postgraduate scholarship and was recognized at the National Football Foundation’s awards banquet in New York.

All of them have shown that a college football player can do a lot more positive things in the world than make the crowd cheer on Saturday.

It’s hard to say if Brown or Anderson, or both, will make it as far as Christmas did. The National Football Foundation will pare its list of hundreds of Campbell Trophy nominees down to about 60 semifinalists this month, and then to a final set of about a dozen finalists later in the fall.

The competition is stiff, and encompasses a lot more than the ability to catch a pass or throw a block. It is an award where even the initial nominees truly can be proud to be mentioned as such.

For those who know them and have watched them develop into outstanding young men, it’s also an award we can — and should — applaud them for being part of.