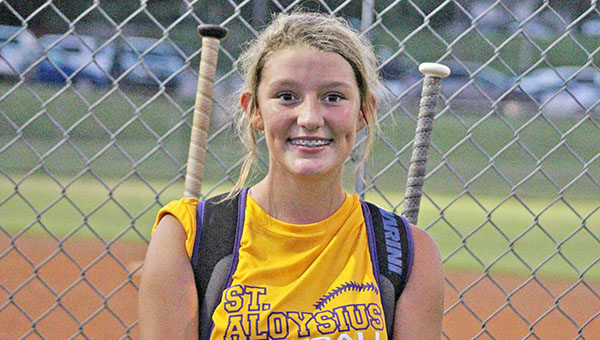 After suffering a pair of frustrating losses, St. Aloysius’ softball team turned to its ace to get back on track.

Kyleigh Cooper racked up nine strikeouts in a complete-game shutout to lead the Lady Flashes to a 3-0 victory over Park Place Christian Academy on Thursday.

Cooper allowed three hits and no walks in the six-inning game. After allowing back-to-back singles to start the game, she retired 12 consecutive batters.

Cooper had her sixth game this season with eight strikeouts or more, out of 11 starts. She has 78 strikeouts in all.

All of St. Al’s offense came in the first two innings. Meagan Theriot led off the bottom of the first by reaching on an error, and scored on a two-out double by Maddy McSherry.

In the second inning, Lydia Nettles doubled, Miracle Flowers singled, and both runners scored on an error on a ball hit by Presley Brister. St. Al only had three hits in the game.