9/11 Remembered: Warren County veterans reflect on time served in the War on Terror 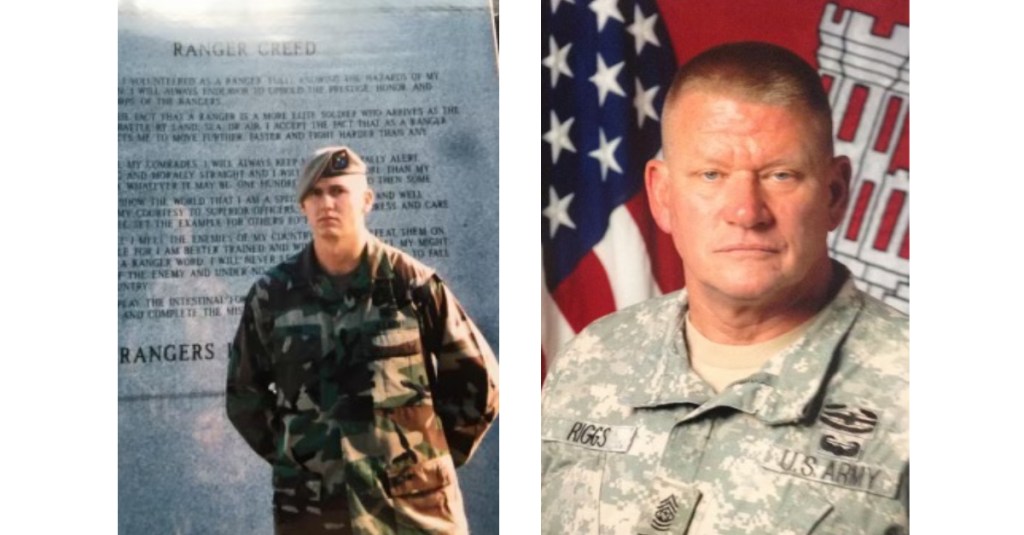 In retaliation, the country along with allied forces responded in October of the same year, beginning with airstrikes targeting Taliban-controlled Afghanistan.

On Aug. 31, 2021, President Joe Biden removed all U.S. Military troops from the region after a two-decades-long conflict.

Shortly afterward the Taliban quickly regained control, prompting many to question if the war was in vain.

Two Warren County residents who served in Afghanistan voiced their opinions and thoughts on the recent removal of troops.

“All wars do end — right, wrong or indifferent,” Allen Pugh said. “But what I would like to have seen happen is to have treated it like Korea. We put a military unit there (in South Korea) and have kept them (North Korea) honest.”

It was on the day of the 9/11 terror attacks, Pugh said, that he decided he wanted to join the military.

“I remember when 9/11 happened. I literally remember it like it was yesterday,” he said. “There were tanks driving down Halls Ferry and helicopters circling ERDC (The U.S. Army Engineer Research and Development Center). It was almost like a military post all through Vicksburg.”

Pugh was a student at Hinds Community College at the time, and on his way to school he was listening to the “John Boy & Billy Show” on the radio, he said. When the duo began talking about planes flying into the Twin Towers in New York City, Pugh thought it was just part of their comedy routine. But once he got to class, he realized the radio hosts had not been joking. He saw his teacher glued to the TV, watching in horror. Classes were canceled, so Pugh drove on to work.

From the window of the automotive shop, which was located where Barnes Glass is now, Pugh said, he witnessed the military in full force.

“There was military aircraft flying around, military trucks driving around every five minutes. You never see a track vehicle like a tank in Vicksburg just rolling down the road, and they were everywhere,” he said.

Pugh and his boss were also watching the news and were astounded in what they were seeing and hearing.

As they continued to watch, Pugh said, he became angry and just knew the U.S. would be going to war. So, he turned to his boss and said, “I am going to the recruiting station.”

However, when he got there, the officers at the station were skeptical the U.S. would go to war and did not take him seriously that day; Therefore, he didn’t sign up.

A year later, when he watched his then-father-in-law, Jeff Riggs, leave out on a bus for duty, a “real sense of patriotism” came over him, he said, so he signed on to fight.

“But for what?” some are asking.

Even after the retaliation to 9/11 and the years U.S. and allied forces have spent working to maintain peace in the region, Afghanistan is back in the hands of the Taliban.

“Essentially, we have put 20 years into nothing, so this is aggravating,” Pugh said. “I am proud of what we did while we were there to protect the American people. But when you leave the way we did, it almost makes you feel. … We did 20 years of positive work and it changed in one month.”

Riggs, who joined the military in 1975 and served four years of active duty in the Coast Guard, then joined the Mississippi Army National Guard where he spent his last 37 years of service before retiring in 2018 as a command sergeant major, agreed with Pugh’s sentiment.

“I was just disappointed and sad. We put a lot of time and sacrifice into there (Afghanistan), and I don’t know what happened. I think it was a combination of a lot of factors and I would like to know what they were,” Riggs said, adding, “I joined the military at the end of the Vietnam War and saw what happened to Vietnam when the United States pulled out, and this was almost like a repeat of what was on the television of Vietnam.”

Nevertheless, Riggs said, he was proud of what was accomplished while troops were in the region.

“I don’t think it (the 20 years of being in Afghanistan) was all negated,” he said. “I think the Pentagon at that level had a plan and it was implemented. It wasn’t all in vain. We did good for them and brought stability to their country.”

And, he added, peace of mind for the U.S.

“As a whole, I feel like we have done a really good job of going over there and taking out key terrorist leaders and making our lives safer in the United States,” Pugh said.

“I haven’t given much thought,” he said, for anything to occur like it did on 9/11. “They saw we retaliated with force and took out some key players and we had their attention.”

But now that there is no U.S. military presence, Riggs said, he is skeptical of those in control.

“I would be very cautious of the Taliban, and you can quote me on that,” he said.