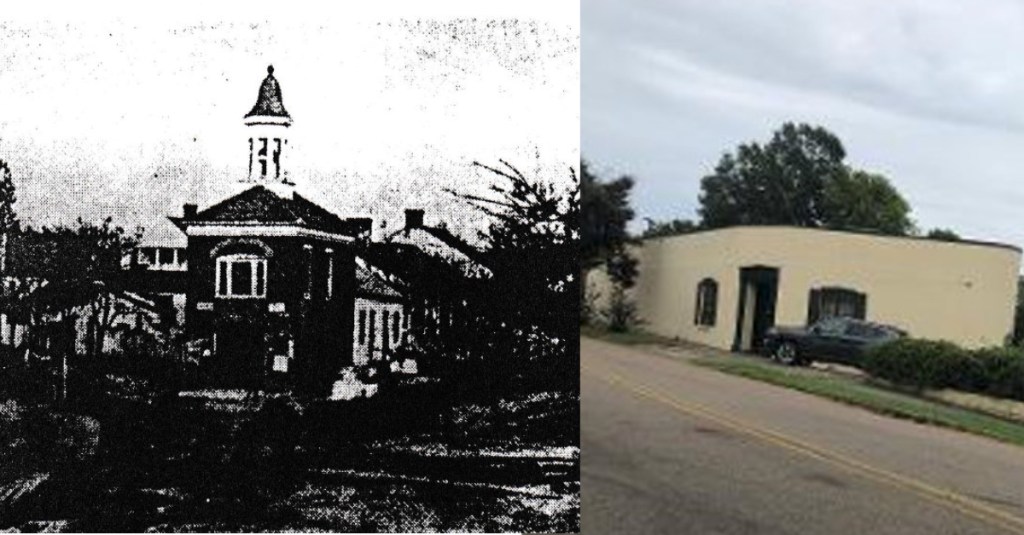 The Fulton firehouse stood on the triangle of Jackson, Adams and Openwood Streets. (Photos Submitted)

On April 26, 1838, the Vicksburg Whig reported, “At a meeting of the citizens of Vicksburg convened for the purpose of organizing a Fire Engine Company, the full-wing gentlemen were duly elected officers to serve for one year: Amos Robins, Foreman; Jno. H. Crump, Assistant Foreman; Charles Remington, Secretary and Treasurer.

“On a motion made and seconded, it was Resolved, that the name and title of the ‘Fulton Fire Engine Company No. 3,’ be by us adopted.”

By December 1839, there is a Fulton firehouse on the triangle of Jackson, Adams and Openwood streets. The Whig reported on Dec. 17, 1840, the “we are glad to see the Fulton fire engine and hose company reorganizing under the more favorable auspices. A new constitution has recently been adopted, new officers elected, and a large number of new members added to the roll. The company bids fair, under its new organization, to be one of the most efficient in the city, and we sincerely wish it success.

“Good men and true have put their shoulders to the wheel and it must go ahead. The present company we are sure will be true to its motto, Semper Paratus, and in addition to being ‘always ready,’ will do most effectual service. Our citizens may well be proud of the valuable and efficient fire companies we now have. The Phoenix, the Constitution, and the Fulton, would do honor to any city.”

On Jan. 30, 1841, the Mississippi Legislature voted to approve a bill incorporating the Fulton Fire Engine Company. There is very little information about what happened to this company except for an article in the Whig which states that at a city board meeting on May 10, 1849, that “the fire committee be instructed to take charge of the Fulton Fire Engine and to procure a suitable place to keep said Engine out of the weather, and have the Engine put in good order.”

The motion did not carry with the reason given that the engine had already been transferred to Washington Company No. 4. Constitution Fire Company was located at the time a block from the Fulton and may have relocated to this building. Regardless, the Constitution Fire House was destroyed by arson on March 2, 1870, and the new station was built on Main Street. A modern building occupies the site of the Fulton Fire Engine Company today.