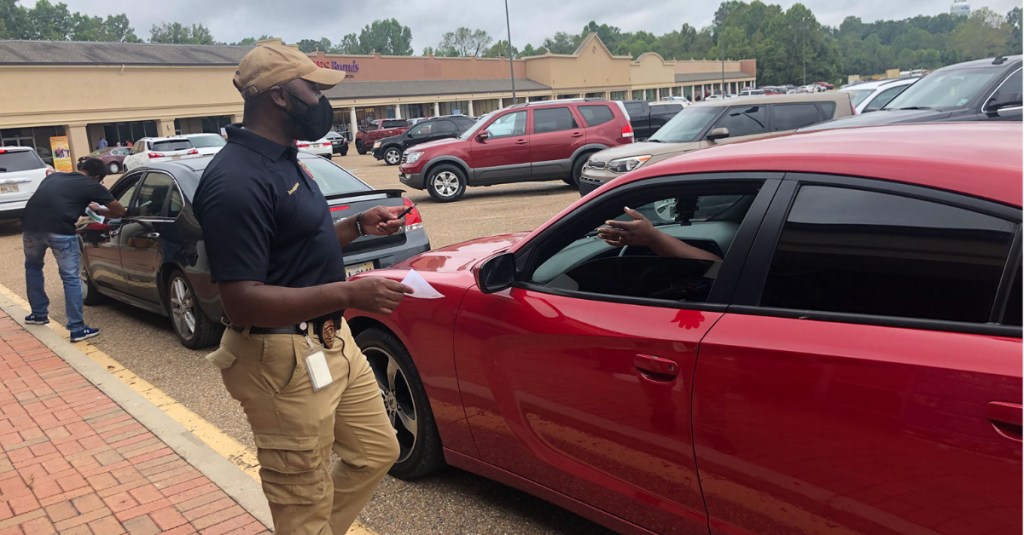 Vicksburg Police Investigator Nicholas Carson greets an attendee of Tuesday’s drive-thru, walk-up job fair and offers them an information packet about careers with the police department. (Photo by Anna Guizerix | The Vicksburg Post)

The drive-thru, walk-up Vicksburg Area Job Fair held on Tuesday was a success according to organizers — and on Friday, the numbers were tallied to prove it.

Forty-one businesses registered, and out of those, 35 businesses were present at the event. Of the businesses present, 29 completed and returned surveys detailing their impression of the event.

A total of 145 job interviews were conducted on-site at the job fair, and since Tuesday, 156 job offers have been extended to members of the community.

Next year’s job fair is tentatively scheduled for Tuesday, Aug. 2, 2022.