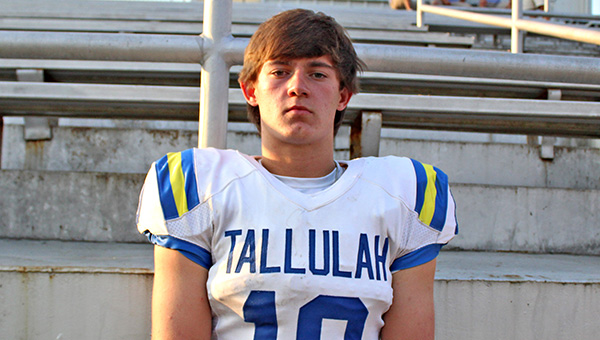 Tallulah Academy waited out a 90-minute weather delay and a slow start to roll past Prentiss Christian on Friday.

Dee Morgan and Paul Michael Machen ran for two touchdowns apiece as the Trojans rallied from an early deficit to win 48-22.

Prentiss jumped out to a 14-0 lead after the weather delay, and then Tallulah (3-2) scored the next 48 points. Wyatt Bedgood had a touchdown run for the Trojans, in addition to the four that Morgan and Machen combined for.

“We just settled down,” Tallulah coach Bart Wood said. “We had another kid get hurt so we had to move people around again. I moved my fullback to center. Different kids played different positions. It’s not been an easy year. I’m just ready for a normal game.”

The Trojans might not get that. They’ll take on undefeated Prairie View Academy at home next Friday at 7 p.m.