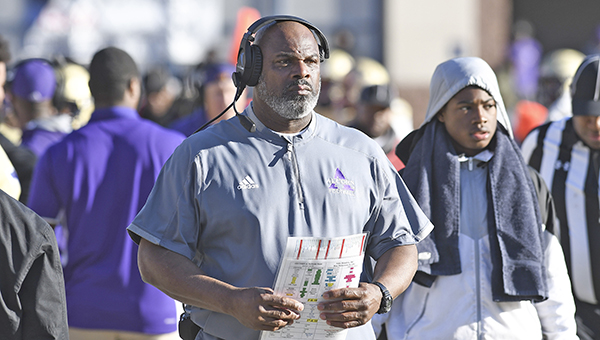 A popular expression among college administrators is that athletics is a university’s doorway to the world. And, for as much as people like to ponder the worth of college sports and their ever-escalating budgets, it’s true. Sports are the single best marketing tool a university has.

College athletics bring the public to campus, link generations of families, drives alumni donations and enrollment, and is the public face of a university.

Unfortunately, as Alcorn State is finding out this week, that cuts both ways. When there is plenty to cheer about, it makes the university look great. When something bad happens in the sports realm it makes them look bad.

Alcorn football head coach Fred McNair went public Monday with the revelation that his team would not be able to practice for much of the week because the university does not have a full-time athletic trainer on staff. According to NCAA rules, a certified trainer must be present at all practices.

The story behind it all is that Alcorn did have a full-time trainer who left for a better-paying job earlier this year. Since he departed, the university has contracted with Merit Health to supply part-time trainers.

The issue simmered in the background while Alcorn’s football program was on its COVID-induced hiatus for the past year, but McNair’s tirade on his weekly radio show finally shone a light on it.

There might be legitimate reasons for the absence of trainers. Schools in the Southwestern Athletic Conference have tight budgets and can’t offer staffers as much as they might get elsewhere. And, it seems, it’s hard for any employers to fill jobs lately. It’s entirely possible no one was beating down the doors at Alcorn to fill the open position.

Whatever the reason, it is not a good look for a successful football program.

The Braves are reportedly scheduled to make around $300,000 for playing at South Alabama on Saturday, and got another nice paycheck for playing their opener on ESPN against North Carolina Central. They have dominated the SWAC for most of the past decade and are one of the top HBCU programs in the country.

With all of that success, when the university can’t or won’t fill a couple of crucial staff positions it makes the administration look cheap or incompetent.

If they can’t find someone at the salary they’re offering, they need to increase it. Budgets at state institutions can be set in stone, but there must be enough in the seat cushions to pay market rate for a five-figure staff position.
If they won’t fill it, then it indicates a lack of comprehension of a serious situation. It’s an NCAA requirement and puts the operation of the entire athletic department in jeopardy — not just football, but a dozen other programs.

Not only could it cost Alcorn thousands of dollars in penalties if it has to cancel a game, it reflects on how the operation is run. If they can’t fill a couple of staff positions then it’s reasonable for athletes, coaches and recruits to wonder what else are they skimping on?

During the radio show segment when he explained the situation, McNair nailed it on the head when he said, “his is something that needs to be taken care of today.”

Alcorn athletic director Derek Horne did issue a statement Thursday saying that the university’s “athletic teams have returned to their regular practice schedules.”

It’s unclear if that means the university’s part-time trainers returned to work, or a permanent solution was found. Clearly, it needs to be the latter.