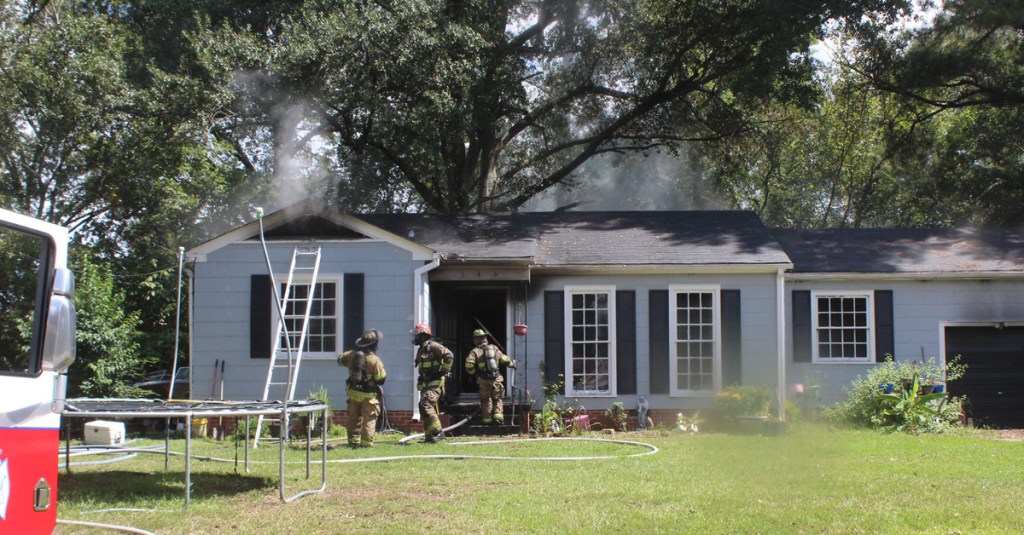 The 12:14 p.m., a fire at 149 Roseland Drive was reported by a passerby who called 911 and said there appeared to be smoke coming from the home, Danczyk said. No one was home at the time of the fire.

“When Engine 8 arrived at the scene, they confirmed the house was on fire from the rear of the structure,” he said.

As Engine 8’s crew began deploying to fight the blaze, he said, they noticed some suspicious items on the ground near the rear outside door and a bedroom fully involved. He said fire department Capt. Ricky Martin notified fire investigator Nathaniel Williams and the homeowner about the items the crew found.

The cause of the fire is undetermined and under investigation.

“We’re trying to get all facts we can to determine what happened,” Danczyk said. He is Williams is talking with the homeowner about the blaze. He said firefighters responded to a fire at the same home about one year ago.

“This is a traumatic event,” Danczyk said.

He said the interior of the house had severe heat, flame and smoke damage, making the home unlivable.

Besides Engine 8, Engine 6, Ladder 3, the battalion chief, Danczyk and deputy chiefs Trey Martin and Derrick Stamps, rescue and ambulance responded to the call.