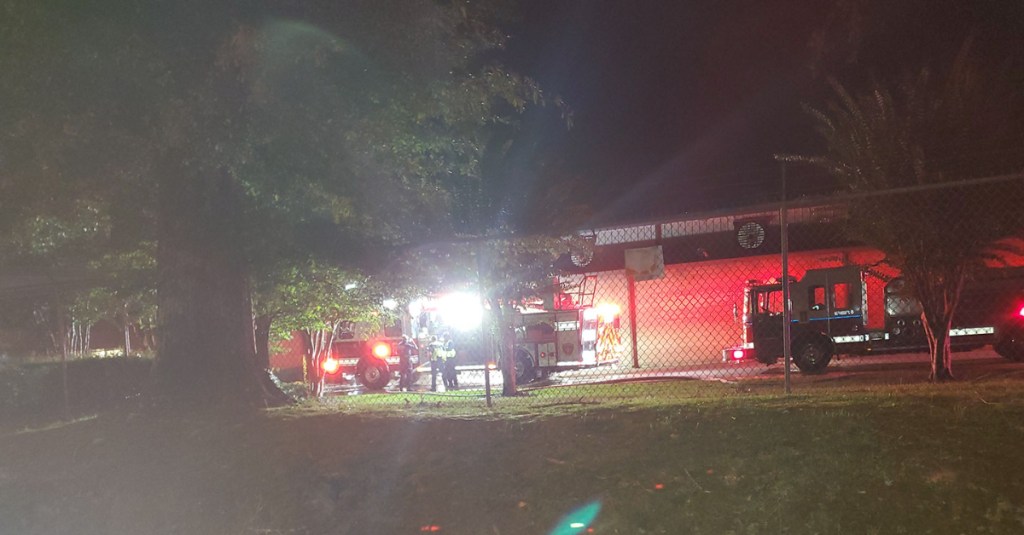 Multiple fire trucks responded to a fire at the Batesville Casket Co. facility off Highway 61 South on Wednesday night. (photo by John Surratt | The Vicksburg Post)

A malfunctioning piece of equipment was the cause of a fire that forced the evacuation of workers from a section of the Batesville Casket Co., 687 Warrenton Lane, Wednesday night, Vicksburg Fire Chief Craig Danczyk said.

Danczyk said the equipment overheated, causing a conveyor belt on it to catch fire, filling the area with smoke and forcing employees to leave. Firefighters from Station Number 5, which is near the plant, arrived to find smoke coming out of the building.

They were able to extinguish the fire and vent smoke from the building, allowing workers to return.

Ladder 15, Engine 8, the Battalion chief, Danczyk, a rescue truck and an ambulance responded to the fire.