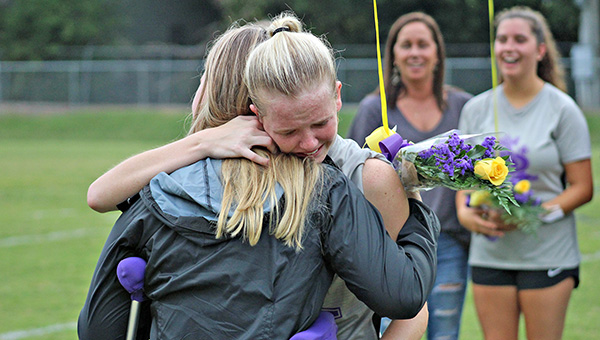 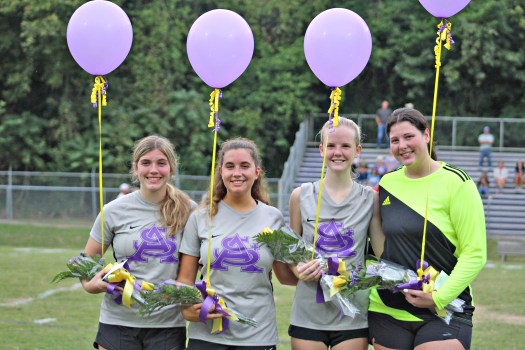 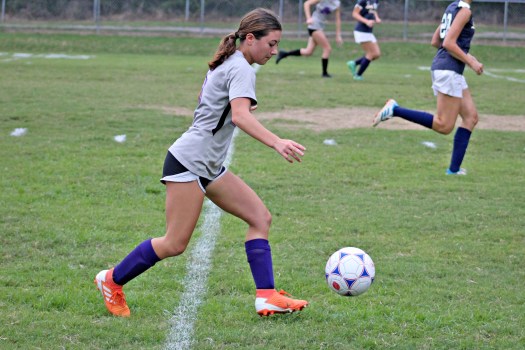 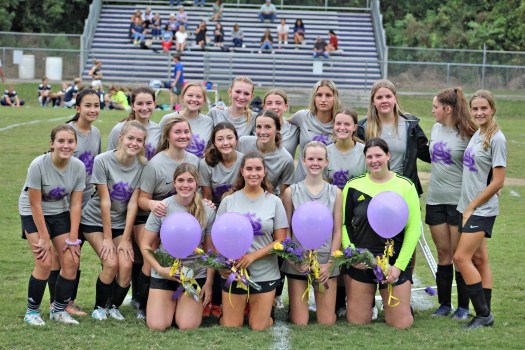 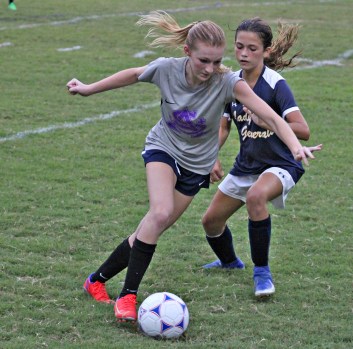 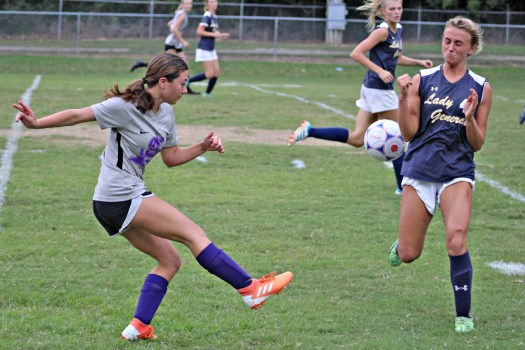 Senior night for St. Aloysius’ girls’ soccer team brought plenty of emotions and free-flowing tears, but not one last shining moment in the dwindling days of a difficult season.

Elly Hitt tapped in a soft crossing pass from point blank range to break up a scoreless tie in the 71st minute Tuesday, and Washington School handed St. Al a 1-0 loss in its home finale.

“We lost most of our starters to injuries during the year, so we’re kind of short players and some players aren’t used to playing where they were put today,” said St. Al senior Cati Mathews, who was playing forward instead of at her usual defender position because of injuries to other players. “We did great. We held our strength and didn’t let anything past us except for that one lucky goal.”

St. Al was without two injured starters — Madi Mathews hurt her hip last week and leading scorer Bree Butler had a concussion — and a third made only a token appearance.

Senior Elizabeth Theriot, who scored the game-winning goal as a freshman to give St. Al an MAIS Division III championship in 2018, returned to the field for her final home game after missing the rest this season because of an ankle injury.

The depleted roster contributed to a late-season slump and the Lady Flashes’ 2-6-1 overall record, and so did some bad luck. Sequences like the one in the 73rd minute Tuesday, when St. Al had three shots at the tying goal from point blank range and each one was blocked by a defender, were all too common.

“The ball does not bounce in our favor lately. It will not go in these goals. There’s a glass there when it comes to St. Al,” St. Al coach Gio Baldizon said. “If I look at the sheets and see how many shots we took inside the frame it’s maybe 50 of them, and about 10 of them went in. You can’t win like that, especially in close games like this.”

Other than Hitt’s goal with 10 minutes remaining, the Lady Flashes played Washington (15-7, 3-3 MAIS Division II West) to a standstill. Washington held a slight edge in shots, 8-7, but its keeper Lela Signa and St. Al’s Ella Gray made six saves apiece.

Only Hitt’s tap-in, which passed through several players before finding her foot a few yards in front of the net, went in.

“Sometimes it just happens and they get lucky,” Cati Mathews said.

The Lady Flashes and their four seniors — Cati Mathews, Gray, Theriot and Addie Dickerson — have one more chance to finish on a high note. They’ll travel to Pillow on Thursday in the season finale. St. Al has been eliminated from playoff contention.

“I’ve been playing since I was 3 or 4. This is my last time on a soccer field at home. We have Pillow Thursday, but other than that it’s the last game I’ll ever play soccer,” said Cati Mathews, a six-year starter. “I’m ready for the season to be over because I need some free time. But other than that it’s really emotional.”