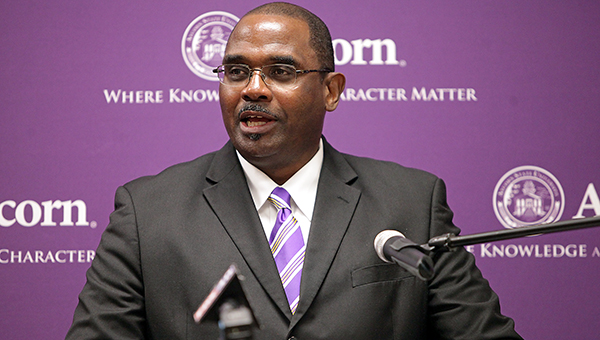 Horne has led Alcorn’s athletics department since August 2014. In a statement announcing the move, neither Horne nor the university specified a reason for his departure. No announcement was made about Horne’s replacement or and interim athletic director.

Horne’s departure came about two weeks after it was revealed the university did not have a certified athletic trainer on staff, which forced the football team to cancel two practices ahead of a road game at South Alabama.

Horne announced last week that the university had hired Roderick Alexander Young as its head trainer.

“I step away with a great sense of pride in what we were able to accomplish for our student-athletes, coaches, and staff during my time here,” Horne said in a statement. “I want to express my gratitude to the loyal alumni and supporters, and our friends in the Lorman community for their unwavering passion for helping our athletic programs succeed on and off the fields of play. I walk away with excitement and enthusiasm as I look forward to the next chapter of my professional career.”

During Horne’s tenure at Alcorn, the football program has won the Southwestern Athletic Conference East Division championship in all six seasons in which they have participated, and the SWAC championship four times.

Alcorn’s women’s tennis program won the SWAC championship in 2016, and the softball team won two East Division championships. Five coaches have been named the SWAC Coach of the Year.

Alcorn has also shined academically during Horne’s tenure. In 2018-19, 133 student-athletes scored above a 3.0 GPA. Of the 15 sports on campus, 13 achieved a cumulative GPA above 3.0. Four teams had a perfect 1,000 APR score, which was the most in both the SWAC and among Division I HBCUs.

“I would like to thank AD Horne for his unwavering commitment and service to Alcorn State University,” Alcorn State president Dr. Felecia M. Nave said in a statement. “Under his guidance, Alcorn athletics has proven to be a powerhouse in multiple areas — from supporting a winning culture to bring multiple championships to Alcorn to tackling compliance and ensuring that academics were foremost for our student-athletes. We appreciate the stability that he provided to ensure the success of Alcorn Athletics.”