Big night for ahead for PCA, District 3-2A rivals 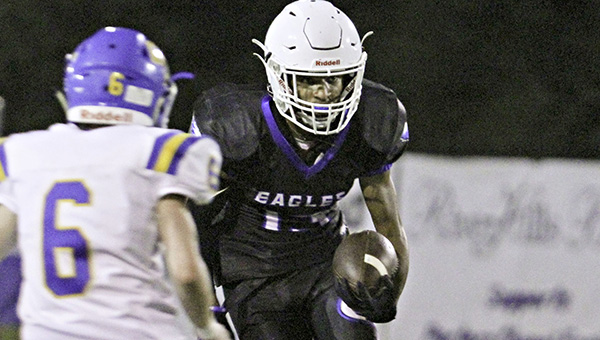 There are four weeks left in the MAIS football regular season, but for the teams in District 3-2A they don’t get bigger than this one.

Two big games on Friday night — Porter’s Chapel Academy at Prairie View and Tallulah Academy at Claiborne Academy — will either decide the district title or shape its outcome. It’s the only time this season that all four teams in the district play each other in the same week.

“It’s a huge game. A lot is going to shake out in our district this week,” Porter’s Chapel coach Blake Purvis said. “You’ve got us playing Prairie View and Tallulah playing Claiborne, and it can go a bunch of different ways. If Tallulah beats Claiborne and we beat Prairie View, we’re probably back in the driver’s seat.”

Undefeated Prairie View (6-0, 2-0 District 3-2A) can clinch the district championship by defeating Porter’s Chapel (4-2, 0-1). If PCA can play spoiler, however, and get some help from Tallulah (3-3, 0-1), it could create a scenario where PCA is playing for the title when it hosts Tallulah on Oct. 22.

A loss would put PCA — and the other three teams in District 3-2A — in the position of jockeying for one of the nine wild card spots in the 12-team Class 2A playoff bracket.

No matter how the various championship and playoff scenarios shake out, Purvis said it’s nice just to entertain the possibilities. PCA has not reached the playoffs since 2014, and has not had a winning record since 2008.
Besides keeping its district title hopes alive, beating Prairie View would go a long way toward ending both droughts.

“Every win just improves our seeding. Getting to that fifth win in seven games is huge. It puts you on the back third of your schedule with a ton of momentum, and puts you in a position to really help yourself the final three weeks of the season,” Purvis said. “It’s a huge game for a lot of reasons, but it’s going to be a tough one.”

It certainly will. Prairie View has emerged as a championship favorite in MAIS Class 2A by rampaging through the first half of its schedule. It has scored at least 32 points in every game and convincingly defeated Claiborne and Tallulah in its last two outings.

“They’re the best team in 2A right now. They’re who everybody is chasing. If we want to see where we stack up and see where we’re going heading into the postseason, the No. 1 team in 2A is as good a place as any to start,” Purvis said.

Fortunately for the Eagles, they’re playing as well as they have all season heading into this game. They knocked off another unbeaten team, Wilkinson County Christian, 52-27 last week to earn back-to-back victories for the first time this season.

Running the winning streak to three in a row and beating another quality team like Prairie View would send a message not only to the rest of Class 2A, Purvis said, but also to those within the PCA program that they can be a contender.