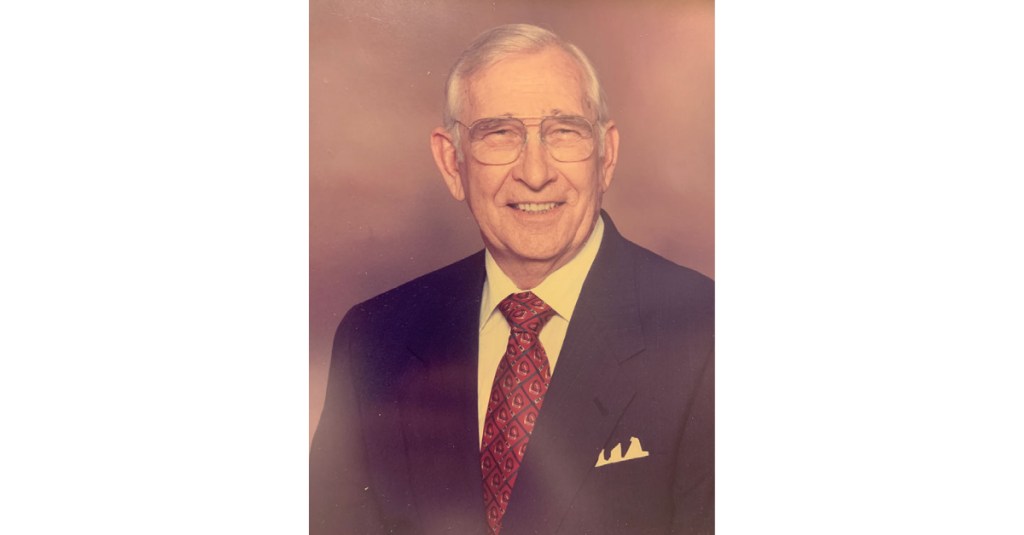 Born in Jayess, Miss., he was the son of the late Charlie Theodore O’Quin and Netta Idena Carney O’Quin. He attended Jayess Consolidated High School.  A longtime resident of Vidalia, La., he moved to Vicksburg in 1967.

O’Quin served in the Marines with basic training at Paris Island, S.C., and the Marine Air Base at Cherry Point, N.C. He was discharged in May 1947 with the rank of Private First Class. After concluding military service he attended Copiah Lincoln Junior College, returning home to Jayess where he started dairy farming. O’Quin was employed by International Paper Company as a laboratory operator from 1950 to 1993.

In addition to his parents, he was predeceased by his son, Stephen C. O’Quin; two brothers, Charles Terrell O’Quin and Bobby Loyd O’Quin.

He was a Master Mason and a Royal Arch Mason.

O’Quin joined the Jayess Baptist Church in 1940, where he served as choir leader and church secretary.

After moving to Vicksburg, he and his wife were active members of Highland Baptist Church. O’Quin worked with the Sunday School as Outreach Director and teacher for a number of years. He and his wife Doris were dedicated to the homebound, hospital and outreach ministries of the church. O’Quin served with the Gideons as Ministry Chaplin for a number of years.

Visitation will be held at 10 a.m. on Monday, Oct. 4, at Fisher-Riles Funeral Home, 5000 Indiana Ave. Services will follow at 11 a.m. in the chapel with the Rev. Brian Ivey officiating. Interment will follow at Greenlawn Memorial Park in Natchez, Miss.

Memorials may be made to a charity of choice or Gideons International, King James Bible.