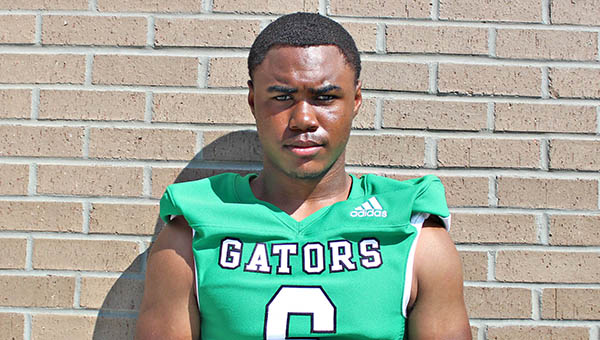 Vicksburg High running back Malik Montgomery scored two touchdowns in a 33-0 win over Provine on Friday.

Eventually, someone will score some points against Vicksburg High and its remarkable shutout streak will fade into history.

For now, however, the streak lives on.

Malik Montgomery ran for two touchdowns, Ronnie Alexander and Otis James scored one each, and the Gators blasted Provine 33-0 on Friday for their fourth consecutive shutout.

It’s the first time Vicksburg (4-2, 4-0 MHSAA Region 2-5A) has had four shutouts in a row since 1973, when it blanked five straight opponents on the way to an undefeated season and the Big 8 Conference championship.

“It’s awesome, just to get the kids to raise their level of play and raise their standards. Just to come out and play for Vicksburg, and their teammates and their community, just to come out and care about one another and see everybody succeed, it’s great to see us doing this,” Vicksburg coach Todd McDaniel said. “But we’ve got to find a way to continue it, and I believe this is going to be a really good football team.”

The Gators jumped on Provine (1-4, 0-4) early, taking a 26-0 lead into halftime, and then cruised home in the second half. If McDaniel had any complaints, he said, it was that his team only scored once in the last two quarters.

“They played extremely well. They flew all over the field, played great special teams,” McDaniel said. “The offense played well for maybe 2 1/2 quarters, but we’ve got to find that killer instinct. They took their foot off the gas some, but I was glad for them to come out and grind and jump on them early.”

Since giving up a touchdown late in the first quarter of a Week 2 loss to Warren Central, Vicksburg has gone 19 quarters without allowing a point. It has helped bring the Gators close to a playoff berth at the midway point of the region schedule. They could punch a ticket as early as next week if they beat Callaway and have some other favorable results within Region 2-5A.

Vicksburg and Callaway will play next Thursday night in South Jackson, at Forest Hill High School.

“Hopefully we can go ahead and clinch it next week. Callaway is going to be a tall task again. We just want to make sure we come out and be solid,” McDaniel said. “I couldn’t be more happy or more proud of them. We just have to go back to work Monday. We’ve got another task ahead of us. We’ve got a Thursday night game and a short week, so we’ve got to get prepared to play.”