Looking Back: Constitution Fire Company No. 1 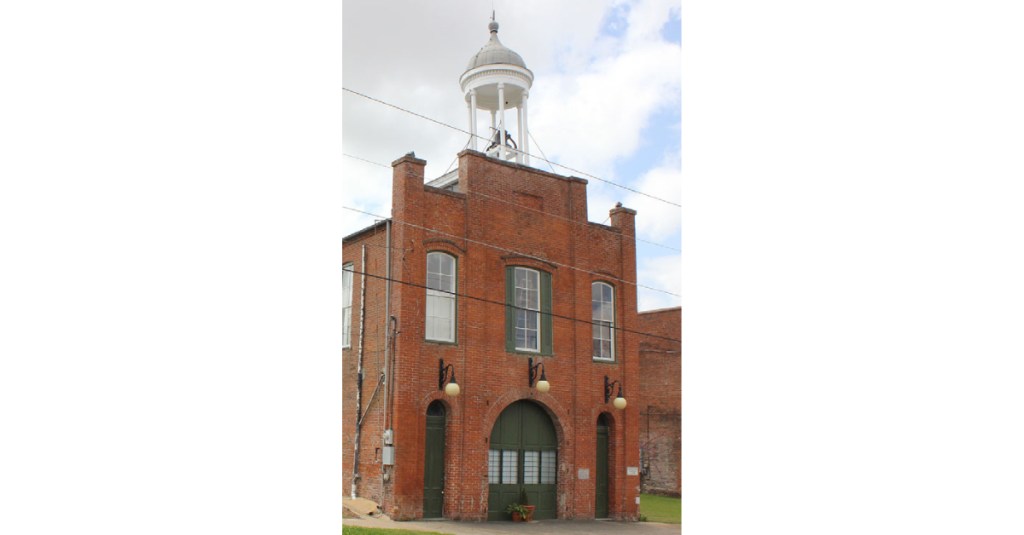 The first fire company established in Vicksburg was the Constitution Fire Company in 1837, housed first in a shed on the corner of Locust and Openwood streets.

On Feb. 7, 1870, John Groome, foreman of the company, asked the city council for a new engine house, because they were to receive a new steamer. The council instructed the Fire Committee to advertise for proposals.

By Feb. 22, the work was under contract with the brickwork to be completed by R.C. Beck for $2,100 and the woodwork and fixtures by Aiken and Company for $2,250. The Mayor and Council sold the old house to Dr. Gilman who, according to the Vicksburg Herald, immediately began to tear it down before permission was granted. The city filed an injunction and work was stopped.

The Herald reported that “This delay was vexatious enough, since the trial could not be had until June and a contract has already been made for the building of a new Engine House for the reception of the steamer ordered for this company and this new house could not be built until the old one was removed.”

Then on March 2, the old building was destroyed by an arson fire. The Fire Committee launched a full investigation and offered a $250 reward for the apprehension of the arsonist; adding to the reward was Mayor Swift, who offered an additional $100. On March 12, Constitution’s new steamer arrived in Vicksburg.

The Herald reported that “we paid our respects yesterday to the new steam fire engine ‘Fire Queen.’ It has a most charming appearance, being about the size of the others and mainly of their style. It possesses though several valuable improvements, and is, perhaps, of somewhat more elegant finish. It also may be some lighter than either the Washington or Phoenix.

The site for the new station was moved to Main and Openwood streets and the cornerstone was laid on May 27. The Herald reported that “the company was duly marshaled under the efficient leadership of Foreman John Groome and partook of a basket of champagne presented by those celebrated, patriotic and generous gentlemen, Messrs. Wallin and Murphy.”

Following a number of toasts, Joe Bickart, of Piazza’s Famous Saloon, invited a number of the boys and the guests around to imbibe further of the “sparkling” which was duly performed and closed the evening.

In 1877, the company consisted of a president, foreman, first assistant foreman, second assistant foreman, secretary, assistant secretary, treasurer, engineer, driver and 60 men. The rear of the building was a stables with a fenced in yard behind for the horses. By 1913, there were eight men, four horses, a combination wagon, an Ahren’s 4th class fire engine, a chief’s buggy and a hose wagon that were housed at the Constitution Fire House.

The building was used by No. 1 until about 70 years ago when it became a storage house for the police department and then was leased to the Vicksburg Art Association, which continues to use and care for it today.

GUIZERIX: A hometown commitment to helping others