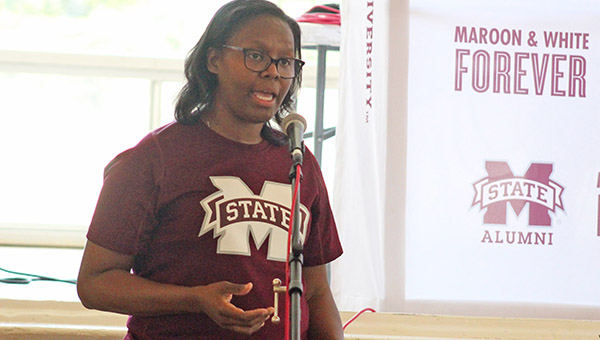 STARKVILLE — Mississippi State women’s basketball coach Nikki McCray-Penson has stepped down from her position, effective immediately, to focus on her health, the university announced Tuesday.

“Over the past several weeks, I have been faced again with health concerns I had hoped were behind me,” McCray-Penson said in a statement. “In light of these developments, I have decided to step away from coaching in order to devote my full time and energy to addressing those issues. Although I look forward to returning to coaching when I am able, I believe this is the best decision for me and my family at this time. I appreciate the support MSU has shown me, and I will be pulling for the team’s success this season.”

Mississippi State will conduct a national search before naming a new head coach. Doug Novak, who has served as McCray-Penson’s associate head coach, will serve as the team’s head coach on an interim basis.

McCray-Penson was hired by Mississippi State in 2020 and led the Bulldogs to a 10-9 record in her only season. She coached at Old Dominion before that, compiling a 53-39 record from 2017-20.

McCray was a star player at Tennessee and a three-time WNBA All-Star with the Washington Mystics.

“We have a remarkable group of student-athletes on our women’s basketball team, and we will devote our full resources to supporting them during this transition and throughout the season,” Mississippi State Director of Athletics John Cohen said.