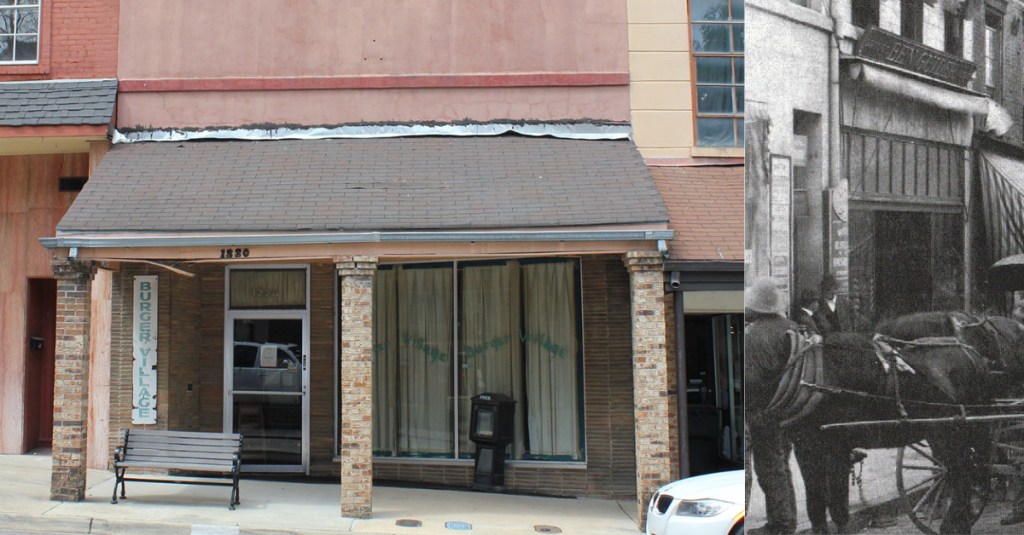 According to an article in the Vicksburg Herald, Hugh Clarke opened his store in a building in the 1100 block, next to the Washington Hotel, in 1857. Clarke carried newspapers from across the country, books, magazines and sheet music.

In 1877, he advertised school books, music, law books, medical books, scientific books and music instruction on the piano. Clarke and his wife, Alice, had seven children. He died in 1892, but the business continued and in 1883 moved to a new location on the south side of Clay Street, three doors from the corner, west side.

In October 1883, Isaac Gotthelf and William Voellinger moved their jewelry and loan business to 1220 Washington St. It was short-lived, as Gotthelf announced that he was moving to Memphis and was selling his fixtures to Robert Ernst, who would move his jewelry and music house to the location. He advertised as the “state agent” for Sohmer and Co., Stultz and Baner, and Wing and Son Pianos and said that he had sold over 100 pianos in Vicksburg alone.

In 1889, Ernst started a “Watch and Diamond Club.” The Daily Commercial Herald reported that the club “is composed of 60 members. Each member pays $1 per week; this pays us for one watch that is given out to the club every week. To determine fairly which member shall wear the watch, we put the names of the 60 members in 60 envelopes; and some club member, present at the drawing, takes one envelope, opens it and reads the name of the successful member; to this one, we give the watch.  There are now left only 59 envelopes for the next week, 58 for the next and so on until every member gets his watch.

“The members, who draw, keep on paying until all the members have drawn. You may be ever so able to pay spot cash, but it hurts to do it. Many of us spend a dollar a week foolishly and have nothing to show for it. Join the Watch Club and you will soon have a fine gold watch hardly realizing how you paid for it.”

By about this time, Ernst moved to a new location on Washington Street, and Gotthelf and Company was again operating its jewelry store in the building.  In April 1905, Ben Guider bought the building from Martin Fredericks, listed as a “capitalist” in the 1906 city directory, for $18,000.

Gotthelf moved across the street and Guider made plans to move his jewelry store into 1220, moving out of the American Bank building. Guider announced that repairs would be made to the building including “a stone and marble front with plate glass windows, an indented entrance, plate glass placed together with sliver plated rods, which is the latest plan and give a most finished look. The interior is to be made appropriate and in style, commensurate with the neat front of the store.”

An architect for the project was not listed, but he noted that Curphey and Mundy was the contractor, Captain Beck was handling the brickwork, and French was doing the painting.

Ben Guider’s jewelry store was located in the building as late as 1941. By 1959, First Federal Savings and Loan had their offices in the building and then in the 1970s, it was a sportswear shop and later Burger Village. It is currently undergoing rehabilitation.