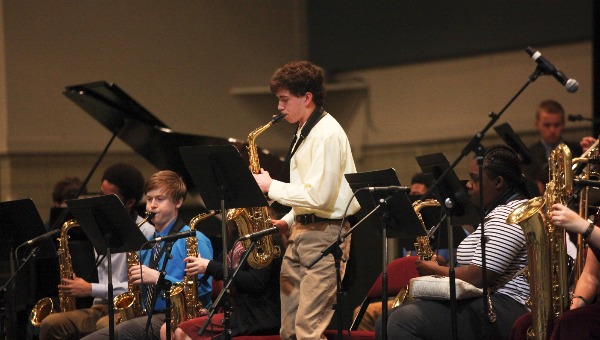 The final day of Alcorn State’s annual Jazz Festival has been postponed.

The event, which was set for Saturday, was canceled when the featured musical act the Cassandra Wilson Group backed out at the last minute, Dr. David Miller, the event’s director, said Thursday. He said the school is hoping to reschedule the event in early February.

“This thing (the final day) has been so elusive. It’s like the fourth time we’ve had to postpone this thing,” Miller said. “We were looking for a date in November but they said they couldn’t get a band together for that. I guess what’s happening is all the musicians haven’t been working for so long they’ll take any job they can get whenever it’s offered.”

“We’re disappointed at the cancellation but in the current climate we totally understand how things are and we look forward to Alcorn State rescheduling the Jazz Festival,” said Convention Center Executive Director Erin Southard. “It is such a wonderful event that we look forward to every year and we just can’t wait to have it again.”

The Saturday program at the Vicksburg Convention Center was to close out Alcorn’s 40th Jazz Festival and feature performances by college and high school groups from the southeast and the Mississippi Jazz educators, and a workshop and performance by the Cassandra Wilson Group.

But Miller said the featured performers told him they were unable to get a full band, “after they’ve been telling me for months and months they were fine, but at the last minute they told me they couldn’t get the band together.”

He said the school is looking for a weekend in early February for the final event.

Begun in 1981, the Alcorn State Jazz Festival has been held every spring and hosted such music stars as Maynard Ferguson, the Ramsey Lewis Trio, The New Orleans Jazz All Stars and Branford Marsalis.

The 2020 festival was canceled out of concern for COVID-19 and resumed in April with a split schedule.

The first day of the festival in April was held at Alcorn’s campus in Lorman and moved the next day to Vicksburg, where a jazz concert was held at the Vicksburg Hotel. The festival was set to resume this Saturday until the cancellation.