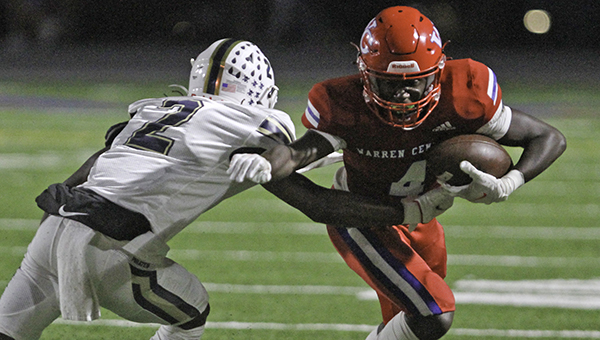 With the game — and likely their season — hanging by a thread, Warren Central got back to doing what it’s famous for.

Brandon Gilliam kicked a 33-yard field goal as time expired to cap a gritty game-winning drive, and the Vikings used a staunch defensive performance to beat Pearl 3-0 on Friday.

Warren Central (4-3, 1-3 MHSAA Region 3-6A) snapped a three-game losing streak and kept its playoff hopes alive by upsetting Pearl (6-2, 3-1). Pearl had a six-game winning streak come to an end.

“If you haven’t been involved in something like that, you don’t understand it. There is so much frustration and disappointment within our team. To be able to do that and win a big game like that, in such a dramatic fashion, it’s what makes sports so great,” Warren Central coach Josh Morgan said. “To come out on the right side of that, to watch the jubilation, to watch guys come through in the clutch, it’s a bunch of folks trying to pray it through on the sideline … it’s awesome to be a part of it.” 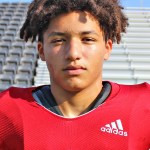 Warren Central had given up 106 points in its first three region games, but rediscovered the defensive dominance that has long been the program’s calling card. It handed Pearl its first shutout loss since Week 3 of the 2018 season, and blanked a team that had been averaging 37 points per game this year.

Since losing 13-12 to Gulfport in the season opener, Pearl had scored at least 35 points in every game.

“I’m just proud of how they came together, how they came to work and took coaching,” Morgan said. “We all were not pleased and not used to seeing us play like that. We called it out and corrected it, and the kids did a good job responding and doing better. It was good to see us play a fabulous game on that side of the ball. That’s one of the most potent offenses in the state.”

Pearl’s defense was just as good on Friday night. It held Warren Central in check until the final drive, when the Vikings finally strung enough plays together to put the only points of the game on the board.

Warren Central took over around its own 30-yard line with less than three minutes to go and soon was across midfield. A long catch-and-run from Jack Wright to Preston Lynch on fourth down moved the ball to Pearl’s 15-yard line with 4 seconds left, and from there Gilliam was called out to win it. The senior booted the 33-yarder through the uprights for the first game-winning field goal of his high school career.

“It was two good teams battling. Big win for us, and I’m really proud of our kids,” Morgan said. “It was good seeing the effort, and determination, and all of those different intangibles we try to instill in them. They paid real big dividends for us tonight. Big win. We needed it.”