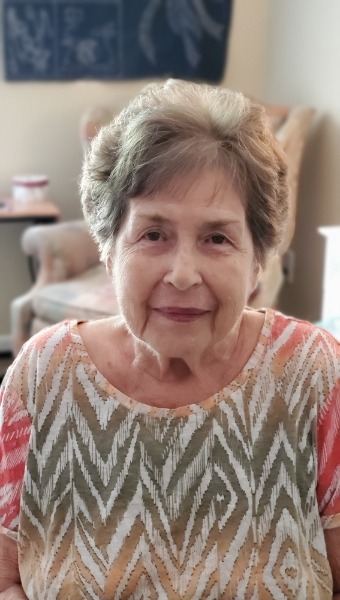 Patricia Anita Turello, 85, of Southern Pines and formerly Vicksburg, passed away peacefully surrounded by her family at the FirstHealth Hospice House on Oct. 15.

Born in Dayton, Ohio, June 16, 1936, she was the daughter of the late Leo and Lelah Dickey Doran. She grew up in Cleveland and after graduating from high school, went on to earn her Nursing Degree (RN) from Baldwin-Wallace College of Berea, Ohio. After graduating from nursing school, she left home to “see the world” with two classmates. While working as a nurse in Grand Canyon, she met David Turello. The two married in Sept. 1959 and started a family. David’s job as a Park Planner for the National Park Service had the family moving across the US, finally settling in Austin, Texas in the early 1980s.

Pat returned to nursing and her love of children made her a natural fit in the Labor & Delivery ward of any hospital. In 1998, David and Pat moved to Vicksburg to be closer to their grandchildren. Pat enjoyed friends and quilting belonging to several quilting clubs in Vicksburg. After David passed, she relocated to Southern Pines, N.C. in 2017.

Pat was the wife of the late David Turello. She is survived by her sons, James Turello of Durham, N.C. and Michael Turello and his wife Elizabeth of Madison, Miss.; her grandchildren Jonathan and his wife Amy, Catharine, Stephen and Dylan; and her sisters Ellen Lodan and Karen Metzger. Pat was also the sister of the late Michael Doran.

A memorial service will be held at the FirstHealth Hospice House Chapel, 251 Campground Road, West End on Wednesday at 1 p.m.

In lieu of flowers, donations may be made to the Alzheimer’s Association at https://act.alz.org/donate

Online condolences may be made at www.bolesfuneralhome.com

Services are entrusted to Boles Funeral Home of Southern Pines.