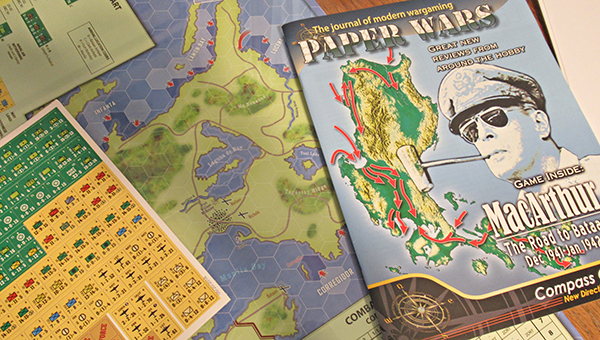 The Vicksburg Convention Center will host a tabletop gaming convention, featuring in-depth strategy games like the one seen here, beginning Friday. (Submitted to The Vicksburg Post)

The Vicksburg Convention Center will be the center of activity this weekend when tabletop gamers descend on the city for the first Siege of Vicksburg Tabletop Gaming Convention.

The event opens at 8 a.m. Friday and continues through 2 p.m. Sunday, featuring historical and miniatures gaming.

“There’ll be everything from ancients to modern warfare and futuristic (combat) and everything in between,” he said. “We’re taking advantage that Vicksburg is a magnet for the Civil War and in our advertisements we’ve been noting the (Vicksburg National Military Park) battlefield will be open, but not only that, there is a lot of stuff that’s outside of the park that is part of the Vicksburg Campaign.”

Greene said 30 tables will be set up at the convention center for the gamers, who will participate in two types of game styles — miniatures and paper/cardboard.

With miniatures, he said, participants use toy soldiers, tanks, knights, Roman centurions and other figures.

“They set up a terrain and they have special rules,” Greene said. He said miniature gaming dates back to the English author H.G. Wells, who wrote a book of rules on the activity.

In paper/cardboard games, he said, players use game counters and little pieces of cardboard or paper that represent airplanes, ships and troops and a map that represents the terrain.

Greene said Saturday he will set up a giant game area displaying the Ottoman Empire from 1914-1918, during World War I.

Admission to the convention is $55 for the weekend, $36 for people 11-16, and children under 10 are free. Food and beverages will be on-site and dealer booths will be at the convention.