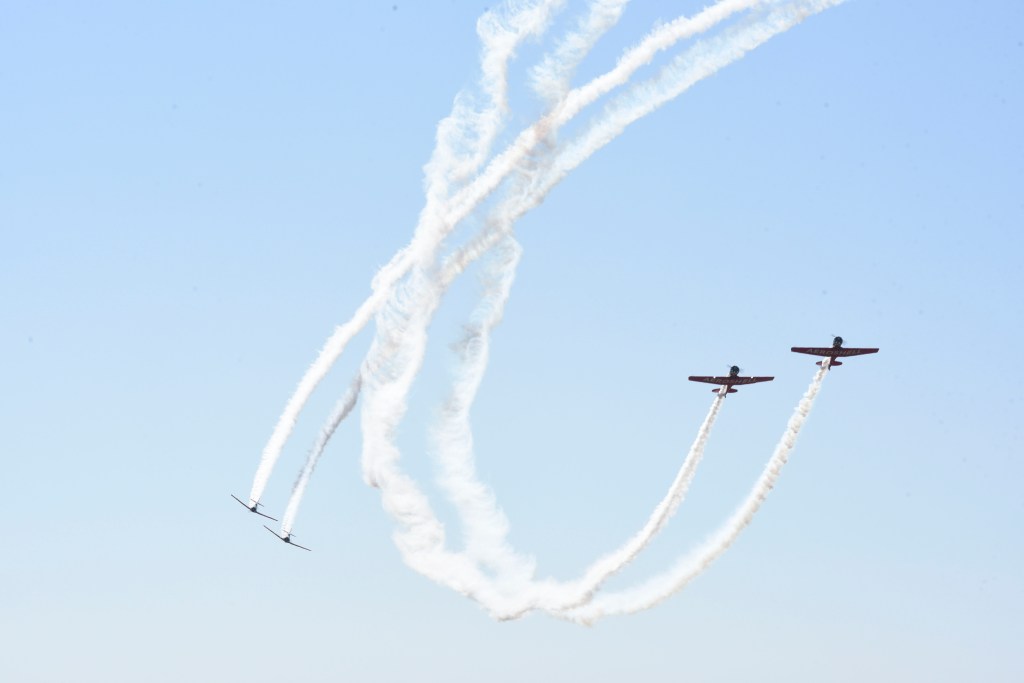 There, I’ve said it. I love the sound of Wright radial and Rolls Royce Merlin engines coughing and sputtering before coming alive and reaching that throaty roar once they start hitting on all cylinders. I love to hear that distinctive “buzz” as they fly way overhead and that whistle from a P-51 Mustang and an F4U Corsair as they dive and turn in the air.

As far back as I can remember airplanes have fascinated me. I guess those Sunday afternoon trips to Ryan Field in Baton Rouge (now Baton Rouge Metro Airport) to watch the planes take off had an effect on me. Or maybe it was the fact that baby boomers like myself born in the first five or six years after World War II were exposed to stories of the war and movies like “Flying Leathernecks” with John Wayne and other aerial combat movies that were so prevalent.

Or maybe I built so many models of B-17s, B-24s, Hellcat fighters and other warbirds that they influenced me.

Whatever the reason, I became hooked on airplanes from a period that many young people today have no recollection of and in many cases are ignorant of the events that occurred from 1931 to 1945 and shaped our country and the world.

I can’t really remember when I saw my first real warbird standing on a tarmac. I can always remember hearing them fly overhead with a sound that automatically made you look up and search the skies. They didn’t pass by quietly like a jet leaving a vapor trail; they were loud and sounded powerful.

Since I’ve grown I’ve had the opportunity many times to see World War II fighters and bombers up close and had the chance to see the interiors. I’ve been fortunate enough to fly as a passenger in AT-6 and T-28 trainers.

Some T-28s had the distinction of being used as bombers during the Vietnam War and the one I flew in came close to being shipped to the Middle East for the same purpose, its owner told me.

Since I’ve come to Vicksburg, I’ve had the opportunity to have my love of warbirds fulfilled. One was at the Vicksburg Municipal Airport, where replicas of Japanese aircraft used in the attack at Pearl Harbor landed on a trip to an airshow.

The other opportunity is across the Mississippi River at Mound, La., at the Southern Heritage Air Foundation Museum. My first experience with the museum was soon after I arrived here. I was assigned to do a story; I go back now because I love the place. This weekend, I’ll be covering Warbirds, Wheels & Wings at the Vicksburg-Tallulah Regional Airport. I wish all my assignments could be that much fun.

And I’ll risk being accused of commercialism by suggesting that if you’re free, head to Mound to look at the warbirds, watch the formation flying and gawk and drool over the classic cars and hot rods on display by the Vicksburg Cruisers.

Come on out, enjoy the show and displays and look at the area’s best-kept secret.