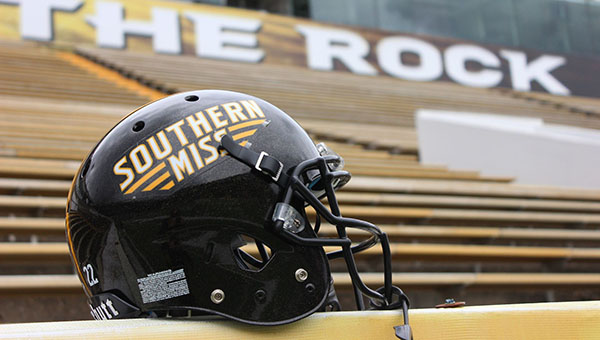 After 26 years, Southern Miss’ time in Conference USA appears to be at an end.

Southern Miss was among four schools — along with Marshall, Old Dominion and James Madison — that have accepted invitations to join the Sun Belt Conference, multiple media outlets reported Friday.

CBS Sports first reported that the group of four schools had been invited, and NOLA.com said sources confirmed that Southern Miss had accepted. An official announcement from the Sun Belt is expected next week.

Southern Miss, Marshall and Old Dominion are currently members of Conference USA, which had its roster nearly wiped out in a span of 24 hours. Six other C-USA schools — UAB, Rice, Florida Atlantic, Charlotte, UTSA and North Texas — announced Thursday that they were leaving to join the American Athletic Conference.

No timetable has been announced for when all of the realignment will occur. It is believed that most will take place between 2023 and 2025 as current members of other leagues move to new ones and the lineups start turning over.

In a statement released Friday, Conference USA commissioner Judy MacLeod said her league was already looking for new members to fill out its ranks. This week’s defections left C-USA with only five schools, one less than is needed for an automatic bid to the NCAA basketball tournament and well below its current 14-team lineup.

Southern Miss and UAB are the last two charter members of Conference USA, which was founded in 1995.

“We have a strong core of members to build around and are continuing to work to strengthen our league as we move forward. There are several institutions interested in joinging Conference USA, both across FBS and FCS, some of whom we’ve already met with in person,” MacLeod said in a statement. “Every step we take will be deliberate, strategically sound, and intentional.”