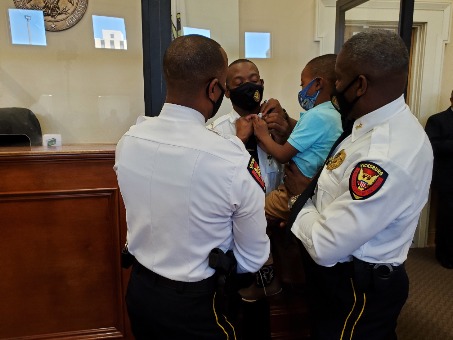 The Vicksburg Police Department promoted 13 officers Friday, promoting seven to sergeant, five to lieutenant and one to captain.

“I have assembled my team,” Police chief Penny Jones said pointing to the four deputy chiefs. She turned to the newly promoted officers and said, “You are the players. I’m expecting good things because you all lead by example.”

“Today we call on you to listen to the people, learn from the people and lead the people, and those people are your colleagues, the people you meet on the street,” he said. “On behalf of the city of Vicksburg, we congratulate you.”