Frazier: Won’t you be my neighbor

One of my neighbors called me this week and asked if I would check her front porch for a package.

She and her husband are on a vacation, and she had been notified by Amazon an order had arrived.

I certainly didn’t mind checking. She and her husband have helped me out on several occasions.

On my way back to my house after finding her package by her garage door and securing it for her son to later pick up, I thought about neighborhoods and the ones I have lived in through the years.

I grew up in the Marion Park Neighborhood, which I have oftentimes mentioned.

It was a wonderful place to live and, on the corner, where my family’s home was located, the neighbors became second parents to me.

Marion Park was also a neighborhood that worked together for the good of the area. Homeowners would sign up to take their turn in maintaining the entrance and after the swimming pool was built, moms would take turns being in charge.

The first house I ever owned was also on a friendly street.

Located off Fisher Ferry Road, Summer Hill Drive was a place where neighbors taught me how to French hand sew, I ate chitlins for the first and last time at one of the neighborhood barbeques, and neighbors all loved and supported me during hard times. And these neighbors became my children’s second parents.

Neighbors can be so much more than just the people who live next door.

Next week in Vicksburg neighbors are getting together in the Fostoria neighborhood, which is the 2300 to 2500 blocks of Drummond Street, to host Porchfest.

It’s an event the whole community is invited to attend. There will be live music, artisans will be selling their wares along the sidewalks and there will be games for the kids.

The Fostoria neighborhood sounds a lot like the neighborhoods I have lived in. Folks working together, helping one another out and having fun.

Most people are familiar with the educational children’s television series “Mister Roger’s Neighborhood.”

I watched it growing up but if it hadn’t been for Google, I certainly would not have recalled Daniel, the tiger, King Friday, or Lady Elaine Fairchild, who lived in Mr. Roger’s neighborhood.

I do, however, recall the tune Mr. Rogers sang during every episode and have come to understand its value even more as an adult.

“Won’t You Be My Neighbor.” 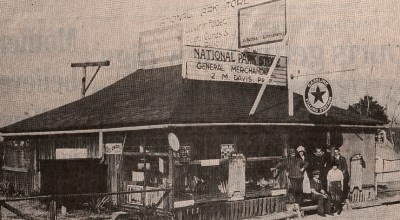