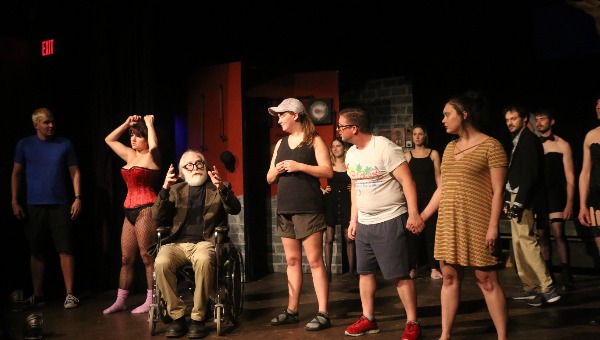 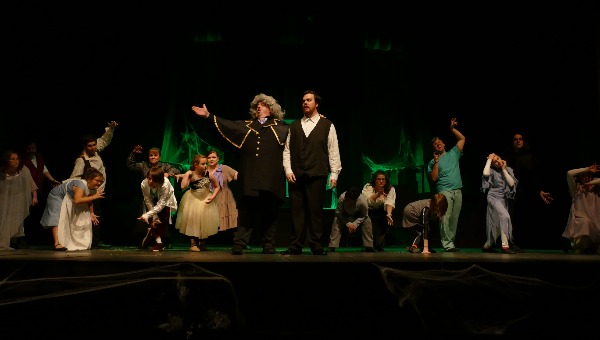 With ghosts and goblins set to come out for Halloween, Vicksburg’s thespian community will be offering a little magic of their own.

The Vicksburg Theatre Guild is performing “Young Frankenstein” at the Parkside Playhouse Theatre, 101 Iowa Ave. and the Westside Theatre Foundation is performing “The Rocky Horror Show,” at The Strand Theatre, 717 Clay St.

This is not the first time either theater group has performed shows during the bewitching time of year.

In 2017, the VTG performed “The Addams Family,” a musical by Marshall Brickman.

“It was a blast,” director of the shows Sarah Goss said. “I’ve wanted to do another Halloween-inspired show ever since. Young Frankenstein was a perfect fit.”

Jack Burns, who is the director of “The Rocky Horror Show” said their group has performed the musical eight times, with the inaugural show performed in The Coral Room at the Hotel Vicksburg in 2010.

Burns said additional shows they have performed during the Halloween season for audiences who want a treat have been an original adaptation of “Dracula: Sins of the Flesh,” “Sweeny Todd,” and “Jekyll & Hyde.”

But it’s “The Rocky Horror Show” that is a fan favorite. Burns said every year he gets feedback from the community requesting they do the show.

“A perfect example was 2020,” he said. Even during the COVID lockdown, Burns said, he had people reaching out to him about “The Rocky Horror Show.”

“We were getting queries from the community saying ‘Surely you’re going to do Rocky even with the pandemic,'” he said.

Obviously, the VTG did not offer a performance that year.

In addition to “The Rocky Horror Show” being popular with the public, it is also liked by the actors.

“We’ve got a lot of repeat offenders,” Burns said, referring to cast members who return for the production.

With its all-adult cast, “The Rocky Horror Show” is geared for a mature audience.

Performers for “Young Frankenstein” are of all ages.

Goss said the musical, written by Mel Brooks, is “hilarious.”

The show’s story revolves around Dr. Frederick von Frankenstein, who has worked hard to distance himself from his infamous grandfather (Dr. Victor von Frankenstein), Goss said. “But, when he finds out about his grandfather’s passing, he must head back to Transylvania to settle his estate.”

While there he meets a slew of characters who worked with his grandfather and — well, let’s just say one needs to buy a ticket to the performance to find out the ending.

Goss was reluctant to name a favorite scene in the play, but she did say “any scene with the monster in it” was entertaining.

Praising her cast and crew of more than 20, Goss said, “This was such a great group to work with. I couldn’t have done it without them. Not only do I ask them to learn songs, lines, blocking, and dancing, I also ask them to help build the set, gather props, and handle costuming. It’s been so much fun watching this come together. And the kids. Their hard work has certainly paid off. They’ve all acted like such professionals.”

Cast and crew have also been dedicated to the production of “The Rocky Horror Show. ” Burns said he and Jai Dobson, who is serving as his co-director, are excited about the performances.

For audience members and those who are cult followers of the musical, they too will be thrilled to know this production, like all others, will include them.

“The thing that makes Rocky so different from any other show is the audience heckling,” Burns said, adding, “Some of the most memorable bits of dialogue come from the hecklers,” he said.

Audience members of the VTG’s performances are also welcome to bring props.

The remaining performances of the “The Rocky Horror Show” are scheduled for 7:30 p.m. Oct. 23, Oct. 29, Oct. 30 and a Midnight performance, which will begin at 11:59 p.m. Oct. 31. Tickets are $20 and are available at the Highway 61 Coffeehouse, 1101 Washington St., brownpapertickets.com and at the door. For more information, visit facebook.com/WestsideTheatreFoundation.