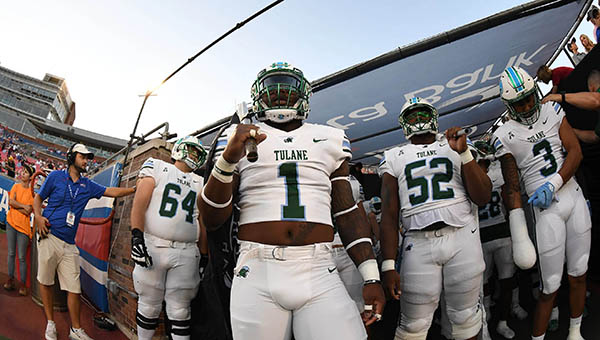 Tulane linebacker Nick Anderson (1), a former Vicksburg High star, prepares to lead the team out of the tunnel before their game against SMU on Thursday. Anderson had a team-high 11 tackles, but the Green Wave lost 55-26. (Tulane University Athletics)

• Tulane linebacker Nick Anderson had a team-high 11 total tackles and one quarterback hurry in a 55-26 loss to SMU.

• Mississippi College kicker Jance Riley (Central Hinds) went 2-for-2 on PATs and missed a 33-yard field goal in a 41-14 loss to Valdosta State.