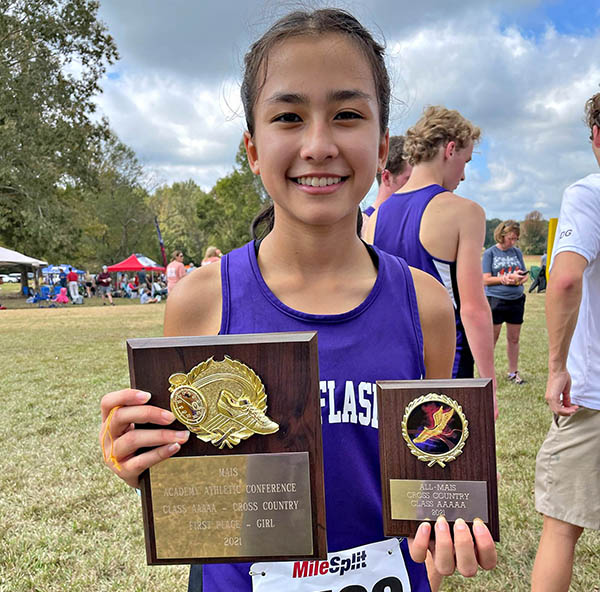 CLINTON — All season long, Samantha Edwards and Hendrix Eldridge have been at the front of the pack on the MAIS cross country circuit.

They finished that way, too.

Edwards took the lead midway through the race and never let go of it, finishing the 5K in 20 minutes, 33 seconds to win the individual Class 5A girls’ title at the MAIS Cross Country Championships Monday at Choctaw Trails.

Eldridge finished fourth, and the Lady Flashes were fifth in the team standings.

“Samantha was running well and pressed to extend the lead over the next half (of the race), then finished strong to hold it. She really had a great race,” St. Al coach Donald Roesch said. “Hendrix had a solid race, too. The third-place girl ran a great final 1,000 meters to catch and get in front of her.” 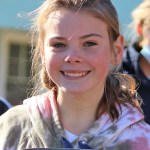 Edwards beat her best time of the season by 35 seconds and won her first race.

The freshman had only competed in four of St. Al’s eight events, but finished in the top 15 at each one and steadily improved. She was third at the Cathedral Invitational on Oct. 4, with a time of 21:08, and obliterated that mark on Monday when it mattered most.

Eldridge came across the line 12 seconds after Collipp and Williams, just ahead of Oak Forest Academy’s Chloe Schexnayder (20:56). The top 10 runners were separated by less than a minute. Only one senior and two juniors were among the top 25.

Eldridge, a seventh-grader, finished an outstanding seventh-grade season with another strong race. She competed in all eight meets and finished in the top 10 every time. Monday’s performance was her fifth top-five finish and netted her Class 5A All-State honors.

“Our scoring positions ran close together, which helps in team scoring,” Roesch said. “The guys really raced well with each other today, feeding off their teammates and lifting a couple of them into better scoring positions.”