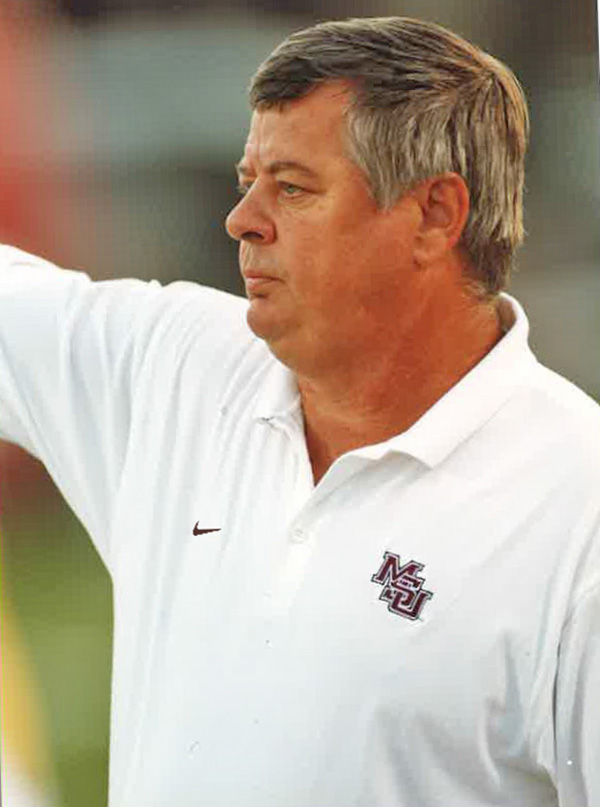 Joe Lee Dunn, a former football coach at Ole Miss and Mississippi State who rose to fame as one of the sport’s top assistants in the 1990s, died Tuesday at the age of 75.

The cause of death was not reported.

The Ozark, Ala. native was a finalist for the Broyles Award, which honors the nation’s top assistant coach, in 1999 when he helped Mississippi State to a 10-2 season and a victory over Clemson in the Peach Bowl.
Dunn was also the defensive coordinator in 1998 when the Bulldogs won the program’s only SEC West championship.

Dunn is credited as one of the originators of the 3-3-5 defense, which uses three down linemen, three linebackers stacked behind the linemen, and five defensive backs, in the early 1990s.

“He’s done some things on defense that you don’t see every day,” former Ole Miss quarterback Eli Manning said before a game against Dunn’s Memphis defense in 2003. “If you watch enough film on it, you get used to it and you understand who each player is and whether he is a linebacker, defensive end or a safety.”

During his long coaching career, Dunn only spent four seasons as a head coach and compiled a 21-37 record. He went 17-30 in four seasons at New Mexico, and 4-7 in his only season leading Ole Miss’ program.

Dunn became Ole Miss’ interim head coach when Billy Brewer was fired just before the 1994 season. He had been the Rebels’ defensive coordinator in 1992 and ‘93.