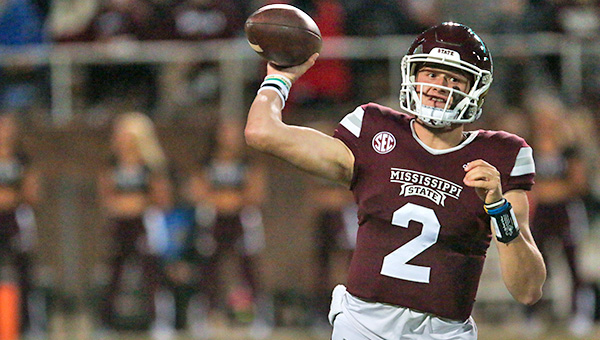 Mississippi State quarterback Will Rogers (2) throws a pass Saturday against Kentucky. Rogers set an SEC record by completing 36 of 39 passes for 344 yards and one touchdown as the Bulldogs won 31-17. (Walter Frazier/For The Vicksburg Post) 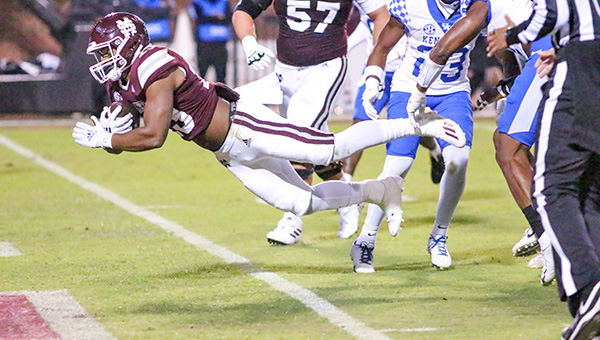 Mississippi State running back Dillon Johnson dives across the goal line during the Bulldogs' 31-17 win over No. 12 Kentucky on Saturday. (Walter Frazier/For The Vicksburg Post) 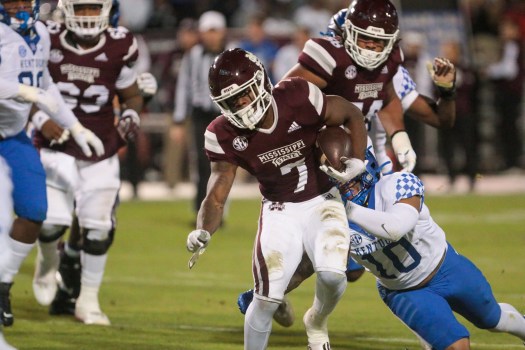 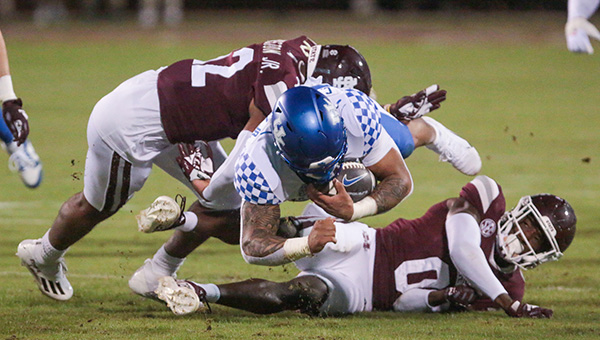 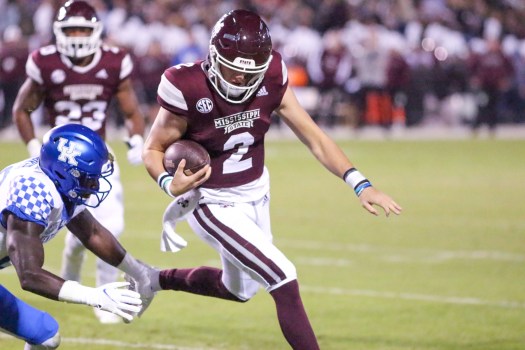 Mississippi State quarterback Will Rogers (2) runs with the football Saturday against Kentucky. Rogers set an SEC record by completing 36 of 39 passes for 344 yards and one touchdown as the Bulldogs won 31-17. (Walter Frazier/For The Vicksburg Post) 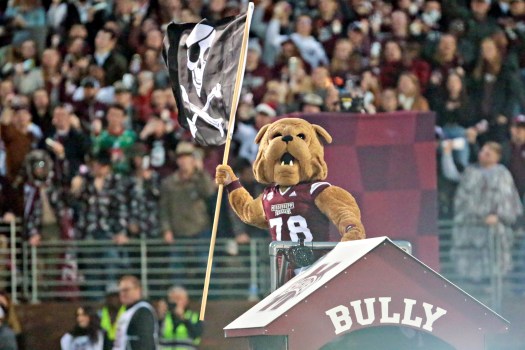 STARKVILLE (AP) — Mississippi State quarterback Will Rogers could do no wrong Saturday night, setting a Southeastern Conference record for completion percentage to help the Bulldogs steamroll their way to another big victory.

The sophomore quarterback completed 92 percent of his passes — 36 of 39 — which is an SEC record for any game with 30-plus attempts. He finished with 328 yards and one touchdown. Rogers was came one completion short of the NCAA single-game completion percentage record for a minimum of 40 attempts.

Dillon Johnson ran for two touchdowns and Mississippi State scored 14 points off of four Kentucky turnovers to beat the No. 12 Wildcats 31-17 on Saturday night.

The Bulldogs (5-3, 3-2) came up big with three interceptions of Will Levis and a fumble recovery. They turned a third-quarter fumble and interception into consecutive touchdowns to put the game out of reach.

“I thought it was huge,” Mississippi State coach Mike Leach said. “Kentucky is really about control … maintaining control is something we’ve struggled with this year, so those obviously helped.”

Johnson had scoring runs of 9 and 1 yards and finished with 41 rushing yards on 11 carries. Jo’Quavious Marks rushed for 58 yards and a score. The Bulldogs rushed 35 times, which is their highest total under Mike Leach and is tied for the fourth-most by any Leach-coached team.

“We didn’t match the intensity. I felt like we got pushed around,” Kentucky coach Mark Stoops said. “We were not able to run the ball. They ran the ball. They made competitive plays, approached, outcoached us, outplayed us in every area. So overall, just a very deflation defeat.”