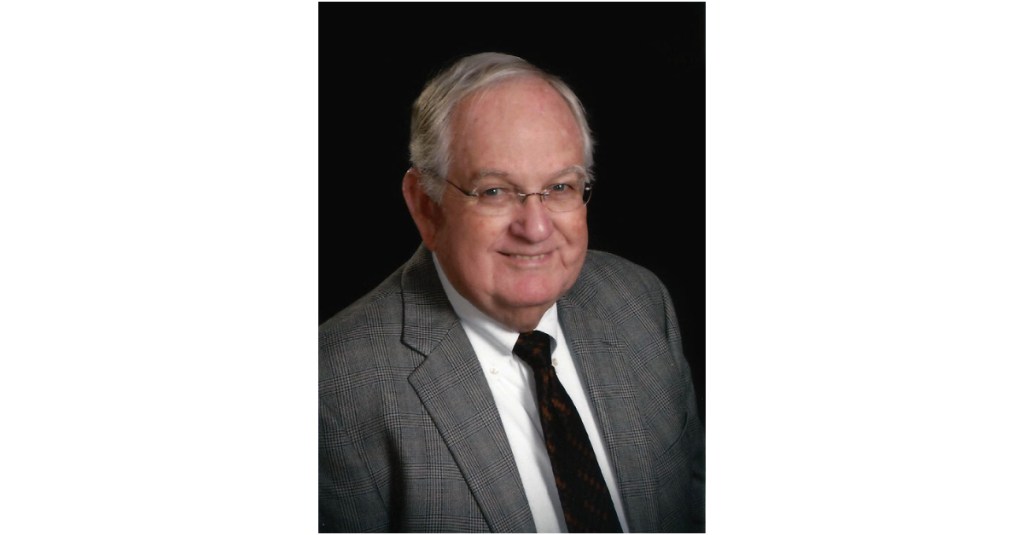 Dr. Carlos H. “Jim” Pennington was born on Dec.18, 1941, in Wanila, Miss., to Elzie and Nellie Williamson Pennington. He passed peacefully with his two daughters by his side on Oct. 30. Jim made an impact on all he met and will surely be missed by all he befriended and helped along the way.

He was preceded in death by his beloved wife of over 50 years, Judy. They were married on Aug. 12, 1967. From that day on, the two of them were inseparable. Their marriage was an inspiration to all.  His daughters’ friends always commented about the wonderful home their parents provided. Their 50th wedding celebration was a monumental occasion for the family. There is great comfort knowing the two of them are again reunited.

Jim was also preceded in death by his mother and father; and his sister, Betty Pennington.

His family moved to Bogalusa, La., shortly after he was born, and he graduated from Bogalusa High School in 1959.

Jim earned Bachelor’s and Master’s degrees in zoology and a Master’s in biology from Southeastern Louisiana University. He then proudly served his country in the U.S. Army from 1966-1969. This included service in Vietnam in the 101st Airborne Division as a 1st Lieutenant and platoon leader. He was a member of the elite 187th Regiment, the “Rakkasans,” serving in several major battles. Jim earned the Service Medal, the Marksmanship Award, the Good Conduct Award and the National Defense Service Medal.

Following his military service, Jim pursued a doctorate at Texas A&M University in wildlife and fisheries. He then had a long and decorated career with U.S. Army Corps of Engineers Waterways Experiment Station (WES) in Vicksburg, where he started as a research biologist in the Environmental Laboratory in 1976. He was noted for his field work on ecological studies of fisheries in major river systems. Jim was instrumental in fostering many major fisheries research programs along the Mississippi River and the Tennessee-Tombigbee Waterway.

In 1986, Jim was named the director of the WES Graduate Institute. Under his leadership, the Institute grew from less than 100 students per year to over 500 students from the Corps, government agencies and industry. He extended the Graduate Program from Mississippi State University to include Louisiana State and Texas A&M Universities. Jim was also instrumental in forging new relationships that expanded the graduate program to offer degrees not only in civil engineering, but electrical engineering, computer science, oceanography, ocean engineering, and marine science and statistics.

Jim ended his federal career as the Corps of Engineers Director of the Laboratory Demonstration Personnel Program. He guided an effort that redefined the personnel system for not only the U.S. Army Engineer Research and Development Center (ERDC), but also all Army, Navy and Air Force research organizations across the nation. His efforts aided the development of innovative personnel practices that helped recruit, recognize, reward and retain some of the brightest research minds in the Department of Defense and are still being used today. For his efforts, Jim received an award from then Vice President Al Gore for reinventing government. He was also recognized by numerous Corps awards, capped by his induction at retirement in 2002 into the prestigious ERDC-WES Gallery of Distinguished Former Employees.

He was widely known professionally as “The Fish Doctor.” Jim was fondly called “Bull” by his numerous fishing buddies for his ability to catch big, bull redfish, and/or possibly for his ability to stretch fishing stories to become “real whoppers”!

In Vicksburg, Jim served on the Board of Directors of the Optimist Club International, President of the South Park Elementary Parent-Teacher Organization, Chairman of the Student Activities Committee for the Vicksburg-Warren School District, and was a member of the Student Policy Committee that consolidated the Vicksburg-Warren School District. He was an active member of Crawford Street United Methodist Church for many years. More importantly for his daughters, Jim served as a Girl Scout Cookie Dad, Vicksburg High School Band Booster, Indian Princess Dad, and Soccer Dad.  Following retirement, he was an active member of the Warren County Master Gardeners.

He is survived by two daughters, Jennifer Nola (Paul) and Cathy Nystrom (Jason), and two grandsons, Nicholas and Luke Nola. He is also survived by his two sisters Patsy Heard and Ronda Blanchard, and his brother, Cliff Pennington (Elaine), all of south Louisiana.

Services are as follows: Visiting from 10 a.m. to 11 a.m at Crawford Street UMC in Vicksburg, with the memorial service beginning at 11 a.m.

In lieu of flowers, please consider a memorial donation to Crawford Street United Methodist Church, the Wounded Warriors Project, the Warren County Master Gardeners, or a charity of your choice.