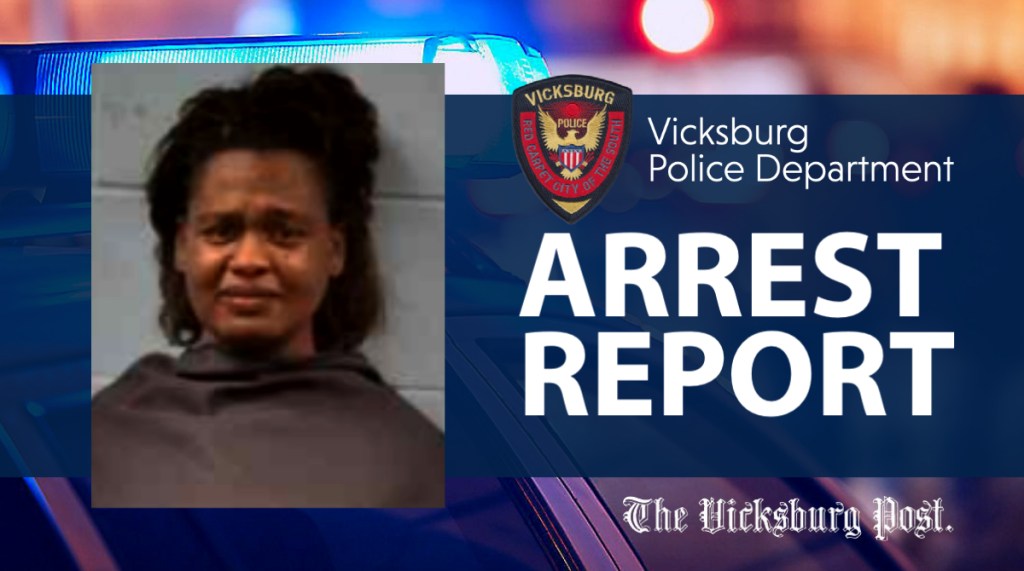 A Vicksburg woman was arrested on Nov. 1 following a low-speed chase down Clay Street.

At 1:29 p.m. that day, officers with the Vicksburg Police Department stopped a 2006 Dodge Stratus for speeding on Clay Street near the Vicksburg National Military Park.

The driver of the Dodge, Lakisa Thompson of Vicksburg, became disorderly and officers attempted to take her into custody. Thompson resisted arrest and jumped back into her vehicle, leading the officers in a low-speed chase from Clay Street to the Best Western Inn on North Frontage Road. There, Thompson stopped her vehicle and was taken into custody.

Thompson was charged with speeding, no proof of insurance, disorderly conduct, resisting arrest and failure to yield to an emergency vehicle.

She is being held until her initial appearance in Vicksburg Municipal Court.