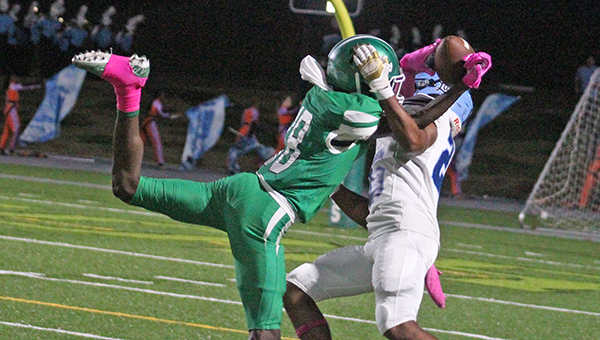 While a lot of Mississippi’s high school football teams scramble to make the playoffsg, this final week of the regular season is a chance for the Vicksburg Gators to catch their breath and reset.

The Gators (6-3, 6-1 MHSAA Region 2-5A) are coming off a late bye week as they go on the road to play Holmes County Central (5-4, 4-3) on Thursday. Vicksburg is locked in as the No. 2 seed from Region 2-5A and will host a playoff game next week, making this game meaningless on paper but certainly not in terms of the big picture, coach Todd McDaniel said.

The Gators are actually trying to avoid going into the playoffs with two losses. They fell 10-6 in their last outing, Oct. 22 at Neshoba Central. That loss snapped a six-game winning streak and cost them the Region 2-5A championship, but the outcome wasn’t all bad.

Neshoba Central (10-0, 8-0) is one of only two undefeated teams in Class 5A — perennial powerhouse West Point is the other — and going toe-to-toe with them shows the Gators can play with the best, McDaniel said.

Holmes County Central looked to be one of those top teams as well, but several key injuries early on sent a promising season spinning sideways.

“They’ve gotten their guys back. They’ve had a few injuries here and there. They seem to be pretty healthy from watching them on Friday night,” McDaniel said of Holmes. “They’re extremely fast. We’ve got our work cut out for us. And they’re fighting for something. They’re trying to get into the playoffs.”

Vicksburg is already there, and has its eye on much bigger prizes than this one win. Even if it doesn’t mean anything in the standings, McDaniel said it is important to use it as a launching point for the next phase of the season.

“We want to get our groove back. It’s been a long two weeks. We started this bye week with a loss in a district championship game, so it’s important for us to get back on track and get back going,” McDaniel said. “The biggest thing is Big Mo ­— you need that momentum going into the playoffs. We’re not trying to go into the playoffs and be one and done. We want to make some noise.

“It’s not a preseason game, but it’s a game that helps you get your engine back rolling again,” he added. “You want to go in there and win this football game.”